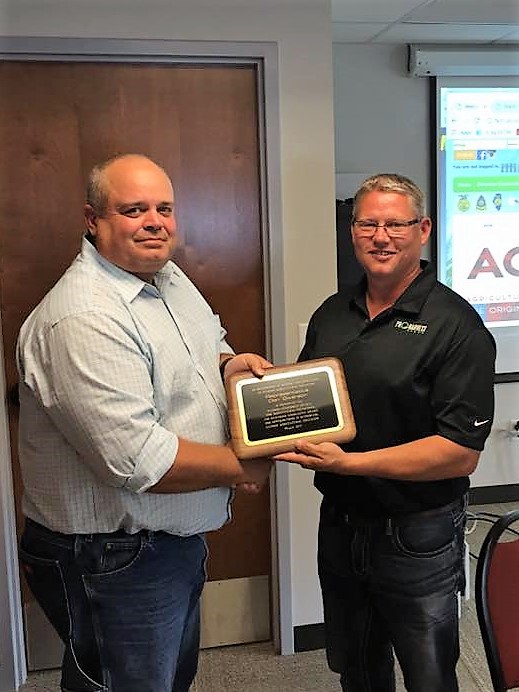 He went on to say, “Agricultural Education in our schools is also changing the face of the agricultural industry, with more young women and more students from urban areas involved in this field each year as well.”

Agricultural Education has only been a field of study in Illinois public schools beginning about 40 years ago, due in large part to the advocacy of ILCAE. ILCAE’s advocacy has helped to better orient secondary education with jobs in the economy. Agricultural education has a proven track record of graduating students who largely enter post-secondary education environments and continue to advance the field in truly inspiring ways. Despite that record of success, agricultural education is often on the chopping block. Many programs have been saved by incentive funding.

Jim Guilinger, the award’s namesake, was a teacher in Sycamore, Illinois who was named top vocational-ag teacher in the U.S. in 1982. Rep. Swanson was awarded the honor at the ILCAE’s meeting in Decatur, nearby the 2017 Farm Progress Show, on Thursday, August 31st. Rep. Swanson’s predecessor in the 74th District, Rep. Don Moffitt, was a 2005 recipient of the Jim Guilinger Legislative Award as well.