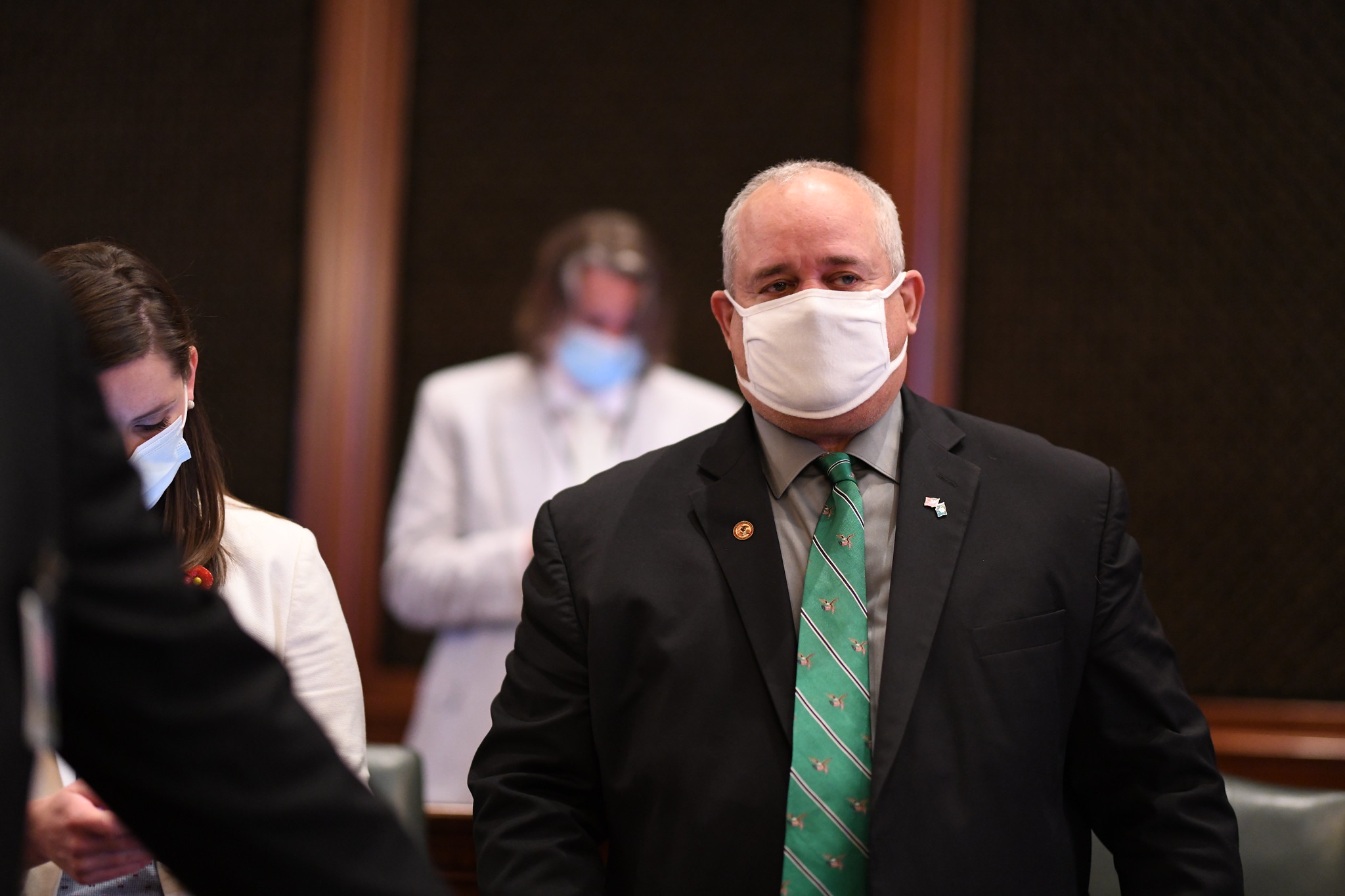 State Representative Dan Swanson (R-Alpha) voted NO on the Fiscal Year 2022 State Budget approved by Democrats during the waning hours of the spring legislative session on May 31. The third term legislator representing “Hog Capital of the World” Kewanee, Illinois panned the partisan-passed State Budget as having “too much pork” and insufficient help to the unemployed.

“The new budget includes over $600 million in tax increases on Illinois businesses, $1 billion in pork projects in Democrat-only districts, and includes pay raises for politicians while failing to pay down the $5 Billion in current debt in the state’s unemployment insurance trust fund,” said Swanson. “This so-called budget does a great disservice to the beleaguered taxpayers of Illinois.”

Rep. Swanson pointed out that even with the infusion of more than $8.1 billion in federal COVID-19 relief dollars to Illinois, no more money was added to the unemployment funds for the people of Illinois who are not working because of the coronavirus executive orders to shut down businesses for more than a year in many cases.

The budget revenue came in at $42.315 Billion and spending at $42.220 Billion. One of the key negotiation pieces in the 2019 Capital Bill was to eliminate the Corporate Franchise Tax, which was an old tax levied on businesses put in place before Illinois had an income tax. This tax has long been obsolete and has created additional headaches for over 6,000 businesses in our state each year. The FY 22 State Budget penalizes businesses by reinstating the tax with no warning.

“Now, Governor Pritzker and Speaker Welch have determined that these 6,000 businesses/ job creators will NOT get the anticipated reprieve they were promised by the Governor and the Democratic-controlled General Assembly,” chided Rep. Swanson.

More information on this as well as other issues addressed and not addressed in the Illinois General Assembly’s Spring Session is available at Rep. Dan Swanson’s legislative website at repswanson.com.