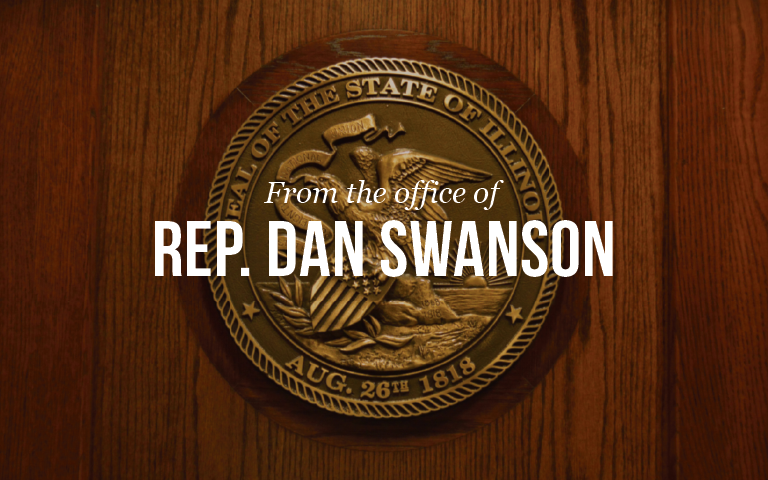 SPRINGFIELD – State Rep. Dan Swanson (R-Alpha) earned unanimous support for a House Resolution he sponsored alongside his colleague State Rep. Dave Severin (R-Benton) that renames a section of Illinois Route 57 in honor of Korean War Veterans. Rep. Swanson’s resolution recognizes the 33,700 soldiers, sailors, marines, and Air Force personnel were killed in Korea, and more than 100,000 were wounded. Under the measure, Illinois Route 57 in Benton, Illinois would be renamed as the 38th Parallel Korean Veteran Highway.

Swanson says the Resolution is unique because Franklin County shares a unique latitudinal line, the 38th parallel, with the historical boundary between North and South Korea.

The full text of HJR 88 can be found here.

WHEREAS, A grateful nation cannot forget and must remember the many sacrifices and contributions to the cause of freedom made by the outstanding men and women who served in the Korean War; and

WHEREAS, The Korean War has played an important part in American history, and the veterans of the Korean War have earned the respect and admiration of all people; and

WHEREAS, The Korean War began when communist North Korea invaded South Korea on June 25, 1950; and

WHEREAS, The United States secured a resolution from the United Nations calling for the military defense of South Korea against the North Korean aggression, and in a matter of days, U.S. land, air, and sea forces had joined the battle; and

WHEREAS, An estimated 298,000 citizens from the State of Illinois served during the Korean War; and

WHEREAS, A total of 33,700 soldiers, sailors, marines, and Air Force personnel were killed in Korea, and more than 100,000 were wounded; and

WHEREAS, In total, 1,789 members of the Armed Forces from Illinois never returned home from Korea, including 396 POW/MIAs who remain unaccounted for; and

WHEREAS, The Korean Armistice Agreement was signed after three years of war; the two sides agreed to create a 2.5-mile buffer zone between the states, known as the Korean Demilitarized Zone, reflecting the territory held by each side at the end of the war, which crosses the 38th parallel diagonally; and

WHEREAS, Franklin County shares a unique latitudinal line, the 38th parallel, with the historical boundary between North and South Korea; therefore, be it

RESOLVED, BY THE HOUSE OF REPRESENTATIVES OF THE ONE HUNDRED SECOND GENERAL ASSEMBLY OF THE STATE OF ILLINOIS, THE SENATE CONCURRING HEREIN, that we designate the section of Interstate 57 in the City of Benton as the “38th Parallel Korean Veteran Highway”; and be it further

RESOLVED, That the Illinois Department of Transportation is requested to erect at suitable locations, consistent with State and federal regulations, appropriate plaques or signs giving notice of the name of the “38th Parallel Korean Veteran Highway”; and be it further

RESOLVED, That suitable copies of this resolution be presented to the Korean War Veterans Association and the Secretary of the Illinois Department of Transportation.