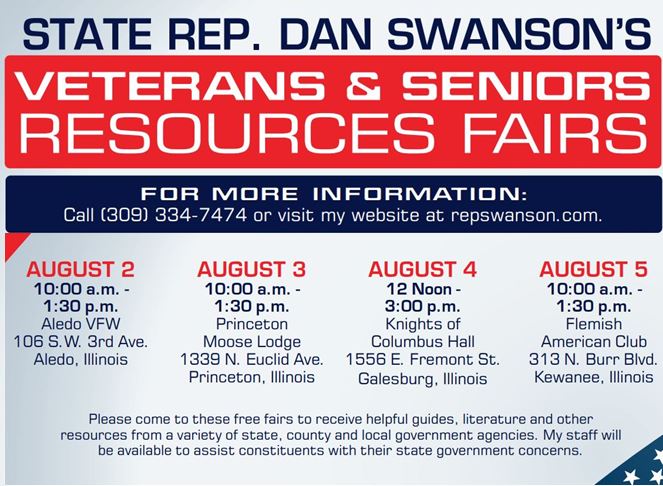 State Representative Dan Swanson announced today that he is again hosting resource fairs throughout his western Illinois district this summer for veterans and senior citizens. Resource Fairs will take place August 2 to August 5 in Bureau, Knox, Henry and Mercer Counties.

“We know that there is a large crossover of constituents who are both seniors and veterans of our U.S. military who are interested in knowing about the various programs and resources available in the community. Instead of duplicating work for our community groups and service providers with two sets of fairs, we have once again combined the two groups and are working smarter for the taxpayers,” said Rep. Dan Swanson. “We are sponsoring four events in four counties over four days the first week of August and encourage anyone who offers programs and services for either veterans or seniors to contact the office to reserve an exhibit space.”

Constituents are encouraged to attend the fair most convenient for them at the following locations: