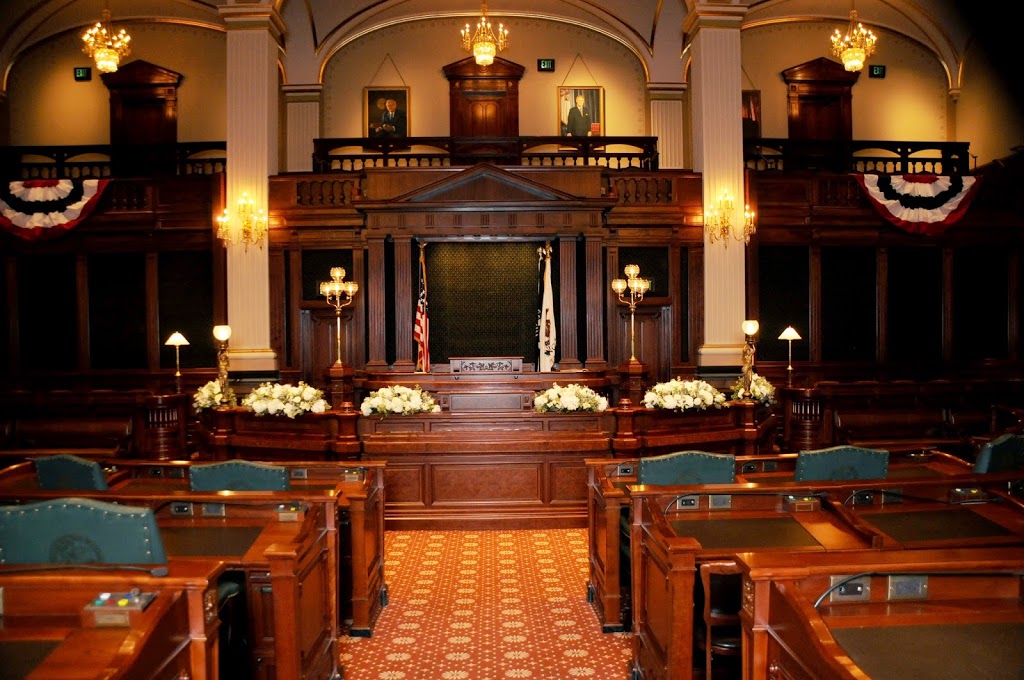 State Representative Dan Swanson was sworn in to his first term in the Illinois House of Representatives on Wednesday during the inauguration of the historic 100th General Assembly held at the University of Illinois-Springfield’s Sangamon Auditorium.

“What an historic honor it was to be sworn in to the 100thGeneral Assembly at a time when public service can make such a difference in the lives of Illinois citizens,” said Swanson.  “I know why my constituents sent me here and I don’t intend to let them down.”   “I want to thank State Representative Don and Carolyn Moffitt for their years of service to our region and the State of Illinois,” continued Swanson.

Rep. Swanson is a retired Lieutenant Colonel serving in both the Illinois Army National Guard and United States Army.  He was elected to replace retiring State Representative Don Moffitt in November.  Swanson is a graduate of AlWood Community Schools, Black Hawk East and Western Illinois University.  He enlisted in the Illinois Army National Guard on August 11, 1977 and retired January 31, 2001.  On July 1, 2007 he was recalled to Active duty serving a one-year tour in Iraq, earning a Bronze Star and Combat Action Badge.  He was again recalled to Active Duty on April 3, 2010 serving three years at the Rock Island Arsenal leading a team of civilians and soldiers transferring a mission from the Pentagon to Rock Island Arsenal.  He completed over 27 years military service.

Swanson served for over 17 years on the AlWood (Alpha and Woodhull) Board of Education. He served two years on the Henry County Board, but was required to resign when called back to Active Duty.  Swanson later served as Superintendent of the Henry County Veterans Assistance Commission.  He is actively engaged with the 5th generation Swanson family farm near Andover.  Rep. Swanson is married to the former Tammy Snider of Kewanee. They have two adult children, and reside near Alpha.

Swanson further announced on Wednesday that he voluntarily rejected both a legislative pension and healthcare benefits from the State of Illinois for his service in the Illinois General Assembly.  “This was a promise I made last year when running for office and I fully intend to follow-through on that promise,” said Swanson.