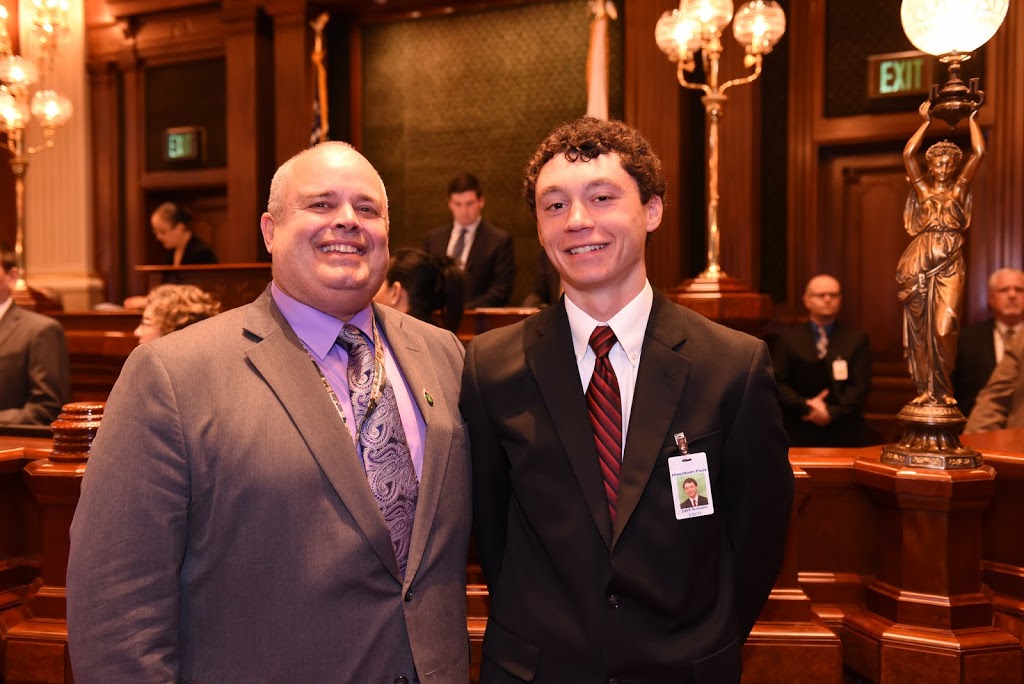 Jack was the impetus behind the legislative effort in 2016 to allow middle and high-school students an excused absence in order to play Taps at military funerals in Illinois.

“I am honored to host this exceptional young man as an Honorary Page in the Illinois House,” said Rep. Swanson.  “I have come to know Jack and he has accomplished so much for our Veterans already that I am so inspired to see what the future holds for him.”

“We need to encourage young people like Jack to continue to honor our Veterans,” said Rep. Swanson.

Jack plans to attend Illinois Central College in the Fall and will study business and play on the golf team.