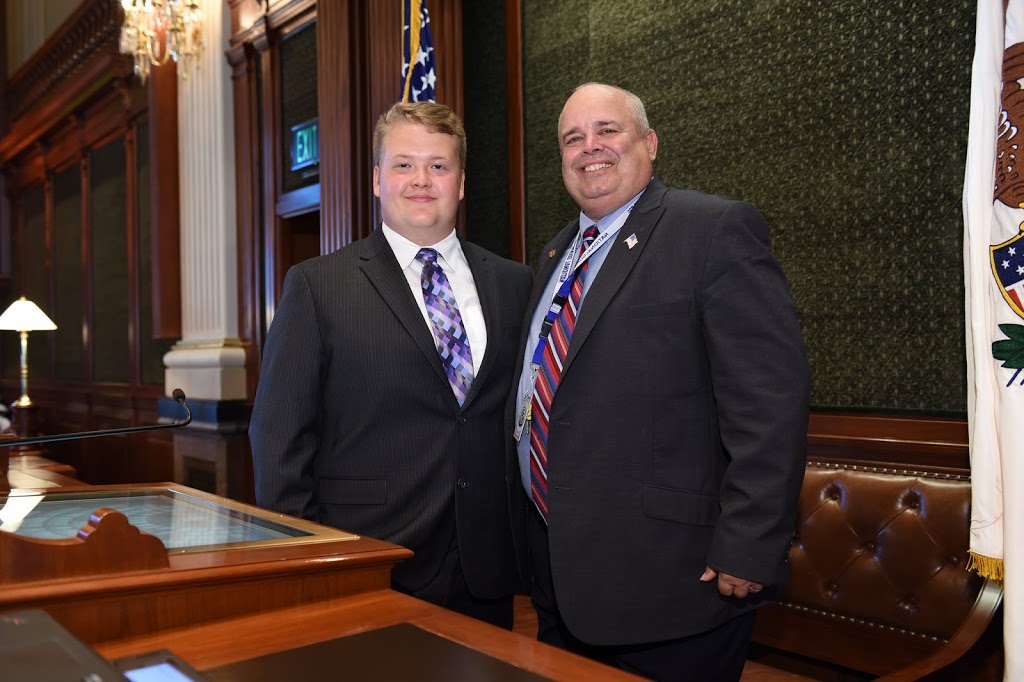 Sean is a Junior at ROWVA High School where he is on the Football and Track Teams as well as Band, FFA, Student Council, and FCA.  He is also a member of 4-H and on the UCA Mission Team.  Sean is honored to be selected to serve as Illinois FFA Section 4 President this next year.  Sean is the son of Mike and Theresa Welch.

“Sean Welch is an exceptional young man I am honored to host as an Honorary Page in the Illinois House,” said Rep. Swanson.  “Sean has already shown great leadership skills and is active in his school, church, and community.”