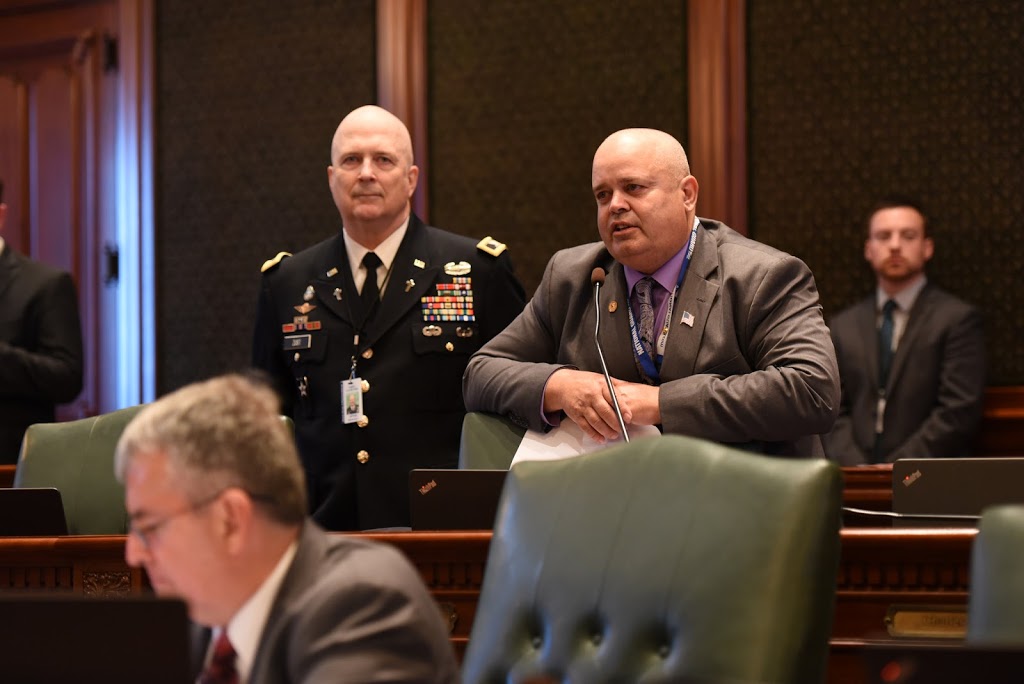 CH (COL) Jeff Zust is a pastor with 32 years of experience from the Southwest Minnesota Synod of the Evangelical Lutheran Church in America.  He has served as a military chaplain for 30 years in reserve and active duty positions for both the Air Force and the Army.   CH Zust has a Bachelor of Arts in History from Colorado State University, and Master Degrees in; Divinity (Luther Northwestern Seminary), Teaching (Mankato State University), Ethics (Princeton Seminary), and National Security and Resourcing Strategy (National Defense University).

“CH Zust delivered an excellent prayer to lead us off the House’s business on the Sunday of Memorial Day Weekend,” said Swanson.  “I was honored he accepted my invitation and felt this was most appropriate as we honor both God and the men and women who have died while serving in the U.S. Military.”