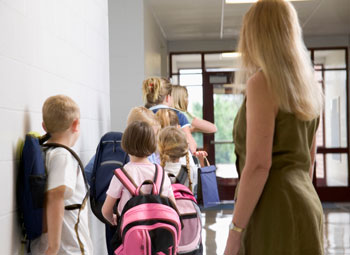 Saying the alternative would have been to “watch as schools close their door”, Rep. Dan Swanson voted YES on a compromise school funding measure that ensured more funds for schools in his legislative district.

“This was a compromise bill, so not everyone got what they wanted. Downstate legislators certainly did not get everything we wanted out of this bill, but the reality was we had to act to ensure the crisis of schools closing, delayed starts, and general disruption to the education of our children would be averted,” said Swanson.

He went on to observe that legislators were forced to operate under tightly condensed decision-making timelines, “due to the legislative majority holding up sending SB 1 to the Governor for two months in order to manufacture a crisis as a negotiating tool. An unfortunate reality we were forced to abide due to the current imbalance of power.”

Among the elements of the bill Representative Swanson supported in the School Funding Compromise were more funds to downstate school districts, mandate relief that gives additional local control and decision-making, and elements that allow additional voter choice in providing property tax relief in low-wealth, high-tax districts.

Swanson went on to say that he looks forward to “monitoring the progress of the scholarship program created to allow tax credits for scholarships for lower income students to private schools, with a maximum of 6,000 students able to benefit annually. I want to see how this goes to ensure that funds are spread equitably based on need and not based on zip code. This is a limited program and because of hold harmless provisions, does not take any dollars away from public education. I want to ensure it is monitored carefully for effectiveness.”

By the legislature’s action on Monday evening, school funding payments will soon be released relieving pressure on local districts reserve funds. The compromise language was adopted as House Floor Amendment 5 to Senate Bill 1947. The bill ultimately passed by a vote of 73-34-3 in the Illinois House Monday evening and now moves on to the Illinois Senate.