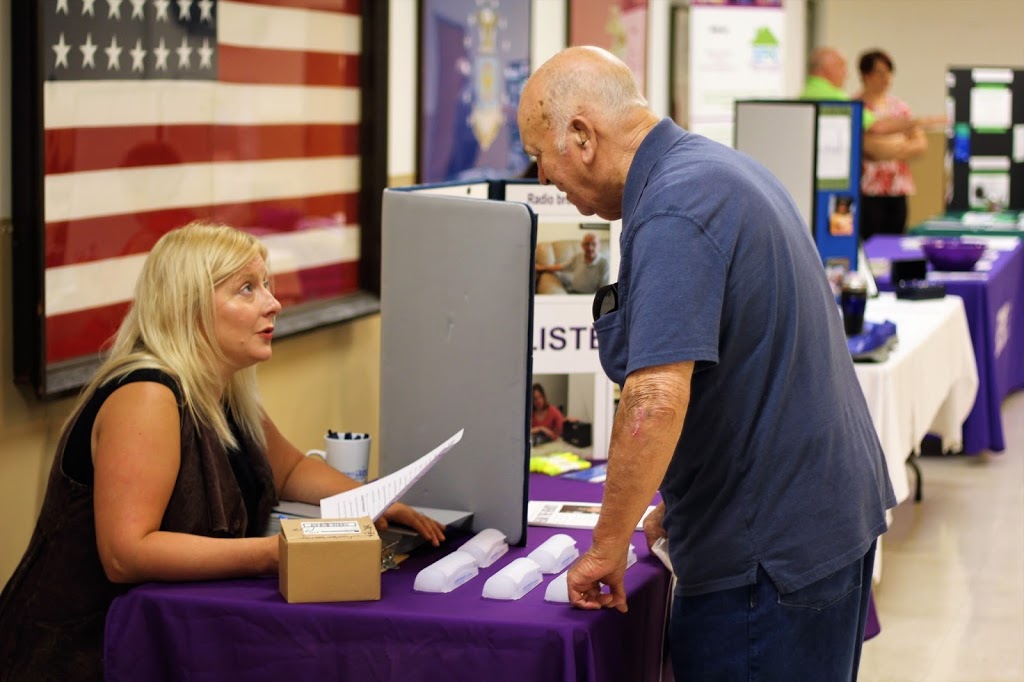 “I am very impressed with what I’ve seen here today,” pronounced Joe Kendall, a Veteran and farmer from Galva and attendee at the Veterans’ Health Fair in Galesburg on Wednesday, August 30. Joe and his wife, Geri, left the event with both helpful information and an array of brochures and information describing services available to Veterans and Seniors in the region.

This was among the many positive attendee reactions for the second of three Veterans’ Health Fairs that Rep. Dan Swanson (R-Alpha) put on for Mercer, Knox, and Bureau Counties beginning on Tuesday. Knox County’s event was hosted at the Galesburg American Legion Post 285 on East North Street. Dozens of attendees joined dozens of exhibitors representing state, local, and community agencies in providing information to Veterans and seniors in attendance. Big Catz BBQ of Knoxville hosted a lunch of pulled pork sandwiches and baked beans at the Galesburg event.

“As a Veteran, Veteran Advocate, and Legislator, I am honored to host these events to help Veterans connect with services, right here in their communities that can help improve their quality of life,” said Rep. Dan Swanson. “We owe a great debt to these men and women and this is just one small way we can make sure they know about services and programs helpful to them.”