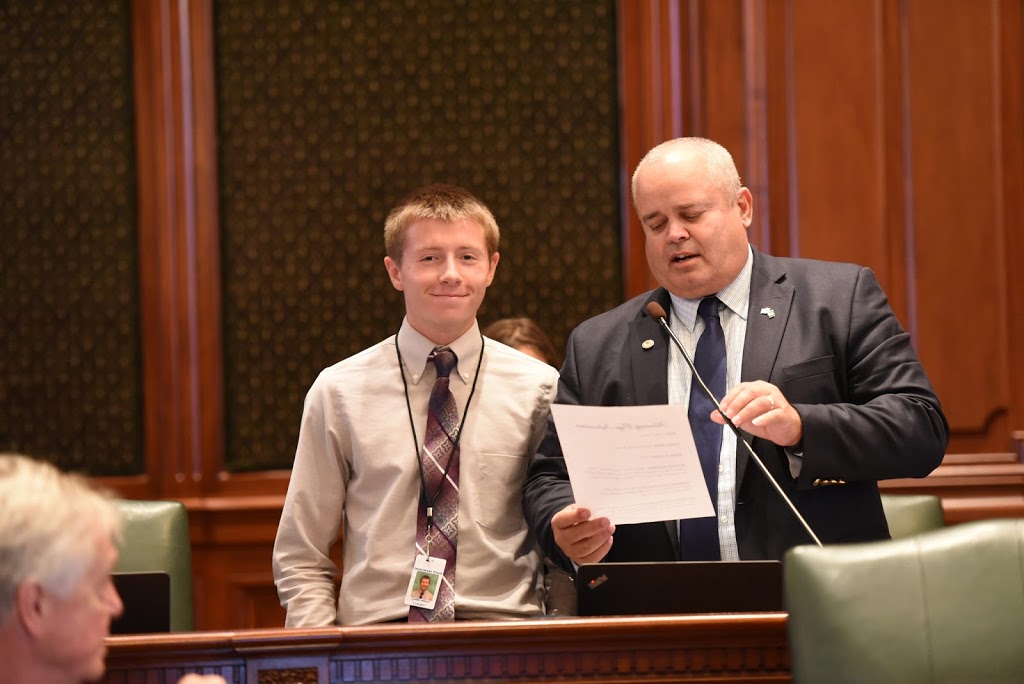 Caden is a Junior at Galesburg High School where he is Captain of the Varsity Soccer Team, on Track, active in the C.A.R.E. Program, a peer tutor, in Marching Band, Concert Band, Jazz Band, and a German Exchange Program participant.  Additionally, Caden is on his church worship team, Knox-Galesburg Symphony, a Junior High Ministry Leader, and is active with the Fellowship of Christian Athletes.  He has been recognized as 2016 Varsity Soccer MVP, 2017 Soccer Team Captain, honored as part of the 2017 All-District Orchestra (IMEA), on the German Honor Society and has received Academic Excellence Awards.

“Caden is an exceptional young man I am honored to host as an Honorary Page in the Illinois House,” said Rep. Swanson.  “Caden was able to witness floor debate on Wednesday on some of the most contentious issues in the Illinois House and he was able to see the legislative process in action.  Caden shows exceptional community leadership skills, athletic prowess, and is active in his faith community.”