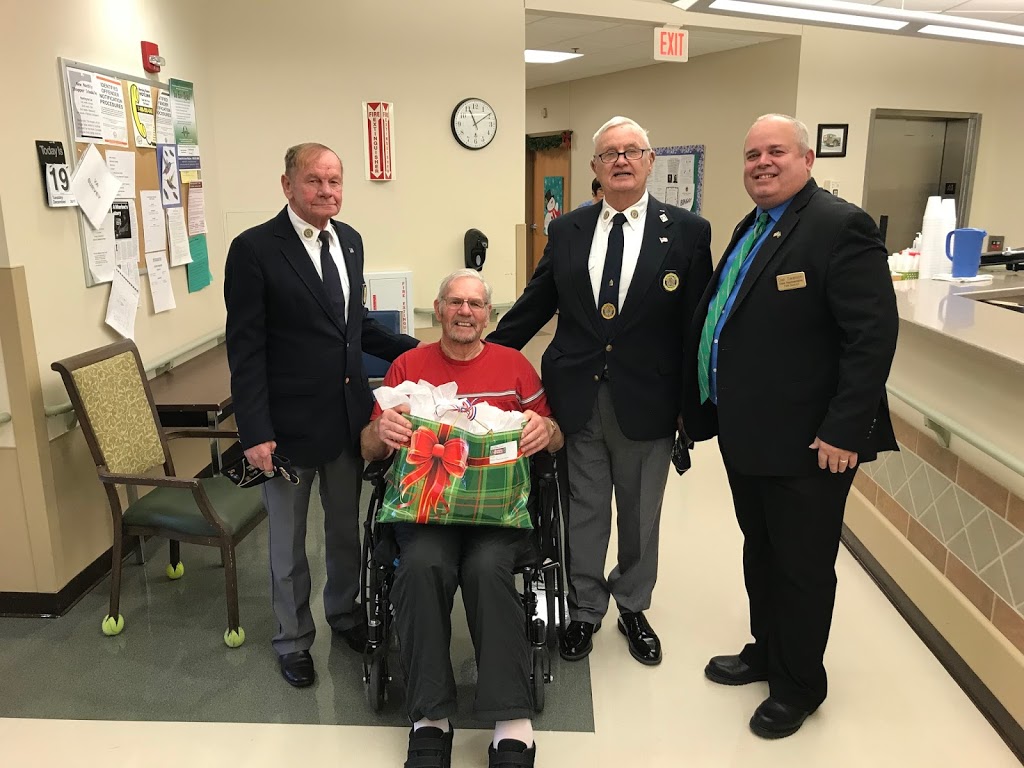 Three recent cases were reported at the facility this fall several years after extensive renovations to water treatment facilities and response protocols in the wake of an outbreak of the disease at the facility nearly two years ago that killed 12 and sickened more than 50.  Since that time, extensive renovations and response protocols have been developed and followed under the careful monitoring of the Centers for Disease Control (CDC), Illinois Department of Public Health (IDPH) and mitigation company Phigenics.

“Visiting the Veterans Home today gave me a deeper understanding of the proactive steps being taken by facility staff under the careful advice and supervision of the CDC and other health professionals at the top of their fields,” said Rep. Swanson on Tuesday following his visit.   The staff and volunteers at this facility care for more than 350 Veteran residents.  “I wanted to talk with veterans who live at the facility to learn about their care as well as review procedures and protocols undertaken by the administration and staff to mitigate spread of the disease and monitor residents to ensure outbreak does not occur,” said Swanson.  “I was impressed to learn that constant monitoring of each resident’s health conditions is done every 4 hours to provide early identification of symptoms of pneumonia and legionnaires disease.  Further, extensive prevention and mitigation protocols are in place and followed to prevent spread of the disease when identified.”

In a report issued to IDPH this Summer, protocols were detailed by CDC officials, IDPH officials, VA officials, representatives from mitigation contractor Phigenics and the Adams County Health Department.  Those protocols and procedures are being followed and are largely credited with identifying the most recent cases early and allowing treatment as well as further mitigation to occur.  Additional capacity building at local hospitals continues to be an issue worked on to better identify community cases of Legionnaires Disease, which is often simply diagnosed as pneumonia.

The long-term care facility is a 200-acre campus with 48 buildings, including seven residential buildings built between 1886 and 2011.  Nursing home care is provided to more than 350 residents by over 577 employees and volunteers.  The Home is credited with a local economic impact of over $54 million.

Renovations to the water treatment facility included reduction of aerating fixtures, protocols for sanitizing of all water sources as well as flushing systems to allow hot water flushes of all water lines on a regular basis to reduce accumulation of bio-films.  Point of use filters have also been implemented throughout the facility in accordance with a comprehensive water management plan.

Rep. Swanson traveled to the facility on Tuesday with Adjutant Lloyd Anderson of American Legion Post 45 in Galva, Post Commander Wayne Glisan and they visited 74th  District resident and Post 45 member Gene Boehle while investigating the facility’s procedures.  Mr. Boehle reported he “couldn’t say anything bad about the facility.  The food is good.”

Adjutant Lloyd Anderson reported after the visit that, “more people should come to the VA home and see first-hand that the residents are their number one concern,” while Post Commander Glisan noted he “observed a very professional staff and I am impressed with the procedures in place for water sanitation.”

Meanwhile, Rep. Swanson decried efforts by some members of the legislature to “politicize the issue of veterans’ health care.  I would encourage members of the General Assembly to visit the Quincy Illinois Veterans Home to see first hand the proactive measures instituted to keep all our veterans healthy and safe.  Continued vigilance will be needed, but is also expected,” said Swanson, a 27-year military veteran and member of the House Veterans Affairs Committee.