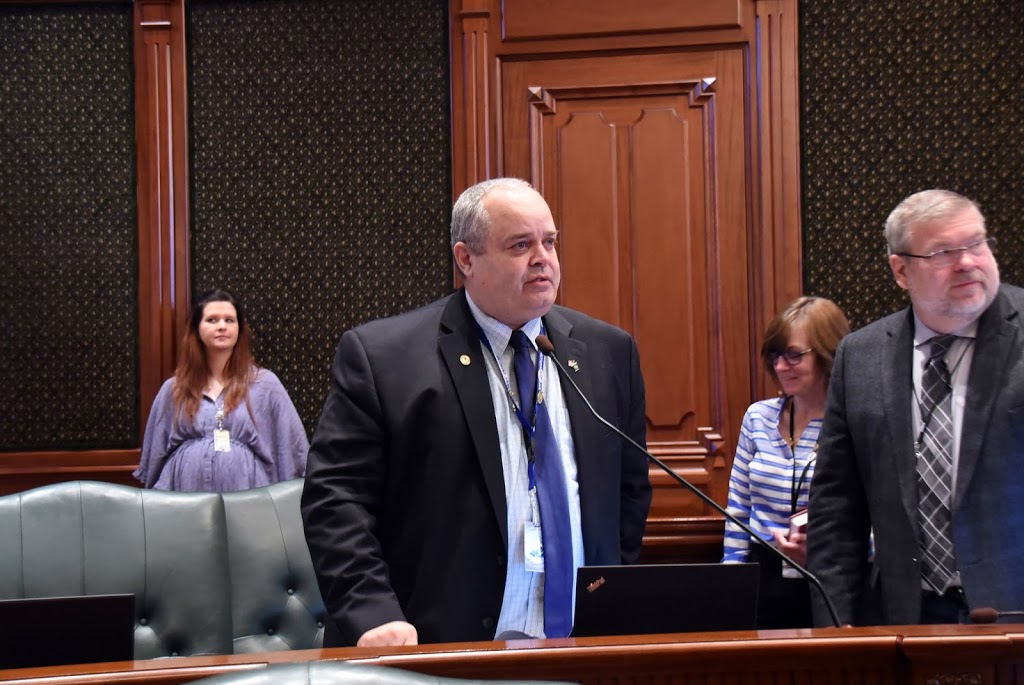 State Representative Dan Swanson passed legislation through the Illinois House to allow indigent homeless veterans one free complete copy of their patient records if those records are being used in support of a claim for federal Veterans’ disability benefits.

“For Veterans applying for federal disability benefits, the cost of copies of their own medical files can be cost-prohibitive for Veterans of little to no means,” said Rep. Swanson.  “Hopefully, this bill will help remove one more barrier to those Veterans receiving benefits to which they are entitled and well-deserved.”

House Bill 4848 passed unanimously in the Illinois House on April 20 and will now proceed to the Illinois Senate.  Proponents of the legislation included the Veterans of Foreign Wars (VFW), Illinois State Medical Society (ISMS), National Association of Social Workers (NASW) and the Chicago Coalition for the Homeless.   Swanson also passed House Bill 4849 last week, a bill ensuring that the Illinois Department of Military Affairs (IDMA) is within full compliance with federal laws pertaining to distribution of funds for the purposes of capital improvements and rehabilitation construction costs.  HB 4849 also passed unanimously and is now in the Illinois Senate.