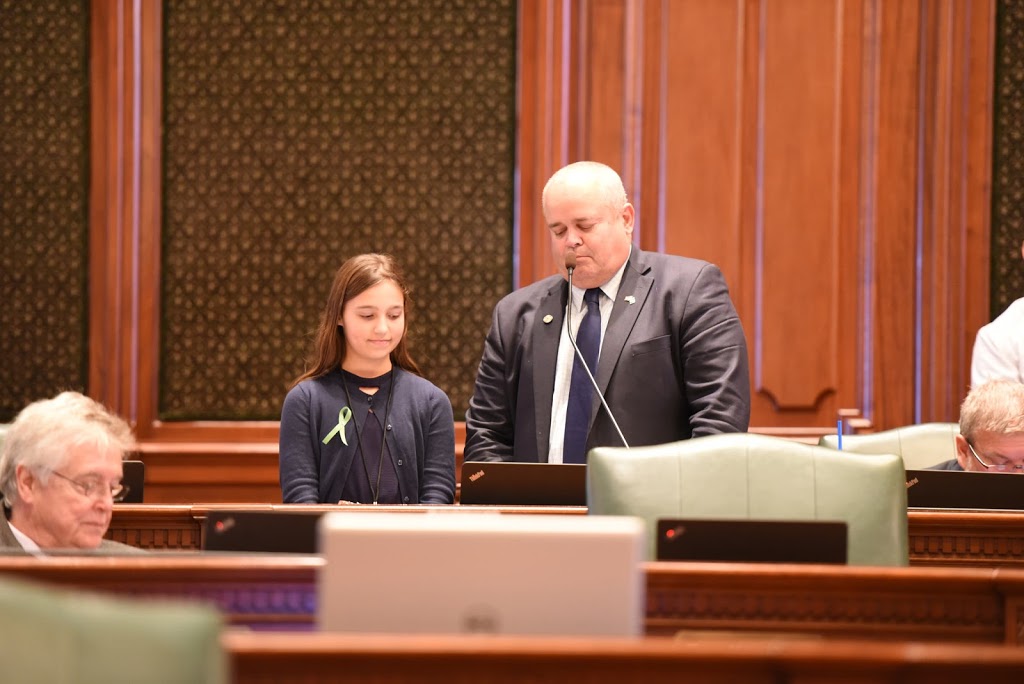 “After local families reported these problems to me with treatment of Lyme Disease, I felt compelled to act on behalf of my constituents,” said Rep. Swanson.  “The Russell’s family story is just one of many by those effected by Chronic Lyme Disease.”

The legislation was inspired by Lauryn Russell, a 12-year-old student from Mercer County, who has Lyme Disease and has had to seek treatment out of state due to potential disciplinary action that could be taken against her Illinois physician for treating Lauryn’s post-treatment Lyme Disease Syndrome (PTLDS) or Chronic Lyme Disease.  Advocates for Lyme Disease sufferers say the current recommended treatment of the disease, 10 to 21 days of antibiotics, is insufficient for people with advanced or chronic levels of the disease.