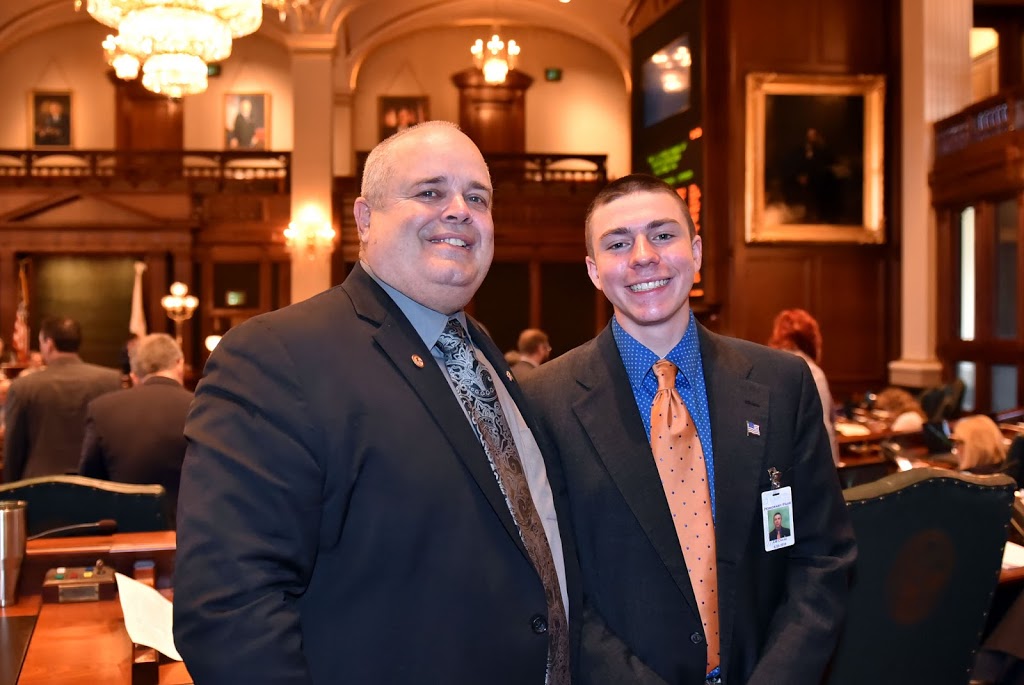 Cal is a Sophomore at Galva High School where he is active on the Football, Basketball, Baseball, and Track Teams, Scholastic Bowl, and Drama Club.  Cal also participates in spin-club archery and trap shooting as part of 4-H, volunteers at his Church, and he helps with the local 5K race on the 4th of July.  Cal has been recognized by many of his teachers, the Dean of Students, and the Principal of Galva High School for his leadership, selflessness, and work ethic.

“Cal Clucas is an exceptional young man who I am honored to host as an Honorary Page in the Illinois House,” said Rep. Swanson.  “Cal is already a leader in his community and I am confident that he will make a great future leader.  He impressed many of my colleagues with his pleasant demeanor and work ethic while serving as an Honorary Page.”