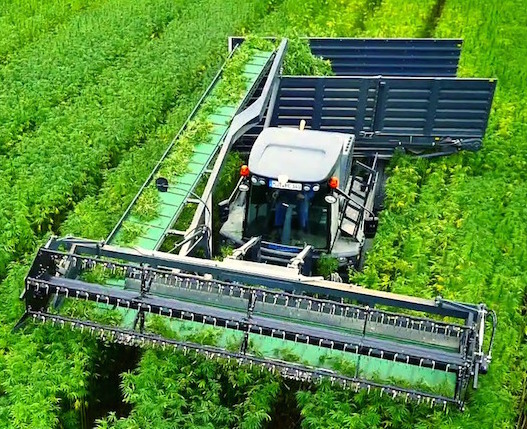 A bill allowing Illinois to compete with neighboring states by again growing Industrial Hemp was signed into law by Governor Bruce Rauner on Saturday.

Senate Bill 2298 was sponsored due to general declines in agricultural commodities in recent years.  Supportive groups, including the Illinois Stewardship Alliance, believe industrial hemp could help farmers supplement any losses they have incurred.

Industrial Hemp is a different plant variety than cannabis which is harvested to produce Marijuana.  Industrial Hemp growing was a staple industry in Illinois, and especially Central Illinois, several decades ago.  Under current federal law, states can enact industrial hemp laws if the plant is grown for purpose of study, and those growing the hemp be licensed by the State to do so.

“Kentucky has been very successful in growing hemp for the past three years,” said Rep. Swanson following the Governor signing SB 2298, which Swanson co-sponsored.  “This has brought additional revenue and business to the agricultural community and now occupies over 12,000 acres by 243 growers in the Commonwealth in 2018.  The return per acre is between $700-1,200/ acre.”

“This allows our agricultural community an additional, diversified crop and many other business opportunities throughout Illinois,” Swanson continued.