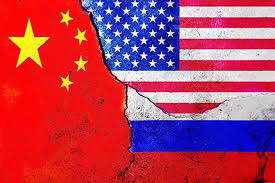 “Many of our Cold War veterans do not receive the recognition they deserve despite their service to the United States during a critical time in our history.  It is estimated 400,000 veterans were exposed to toxins during the Cold War, more than 3,500 died of gunshot wounds or explosive devices, 364 American pilots were shot down, 269 civilians missing and many next of kin do not know the fate of their loved ones, and many (at least hundreds) were interrogated by the Soviets, never to be heard from again,” said Rep. Dan Swanson, a retired Lieutenant Colonel with the United States Army and Illinois Army National Guard.  “Now we can honor their service and say thank you with this proper recognition of their work in serving our Nation.”

Any veteran that served in the United State Armed Forces between August 15, 1945 and January 1, 1992 may apply for the plate (or decal) referencing the Cold War.  There are currently decals available for many theaters of action, including: Cuba, Atomic Veterans, Grenada, Persian Gulf, Laos, Panama, every major war and military operation and several others.  The decals show the branch of service and include the theater of action in which the veteran served.  The decals can be attached to the universal veterans plate.