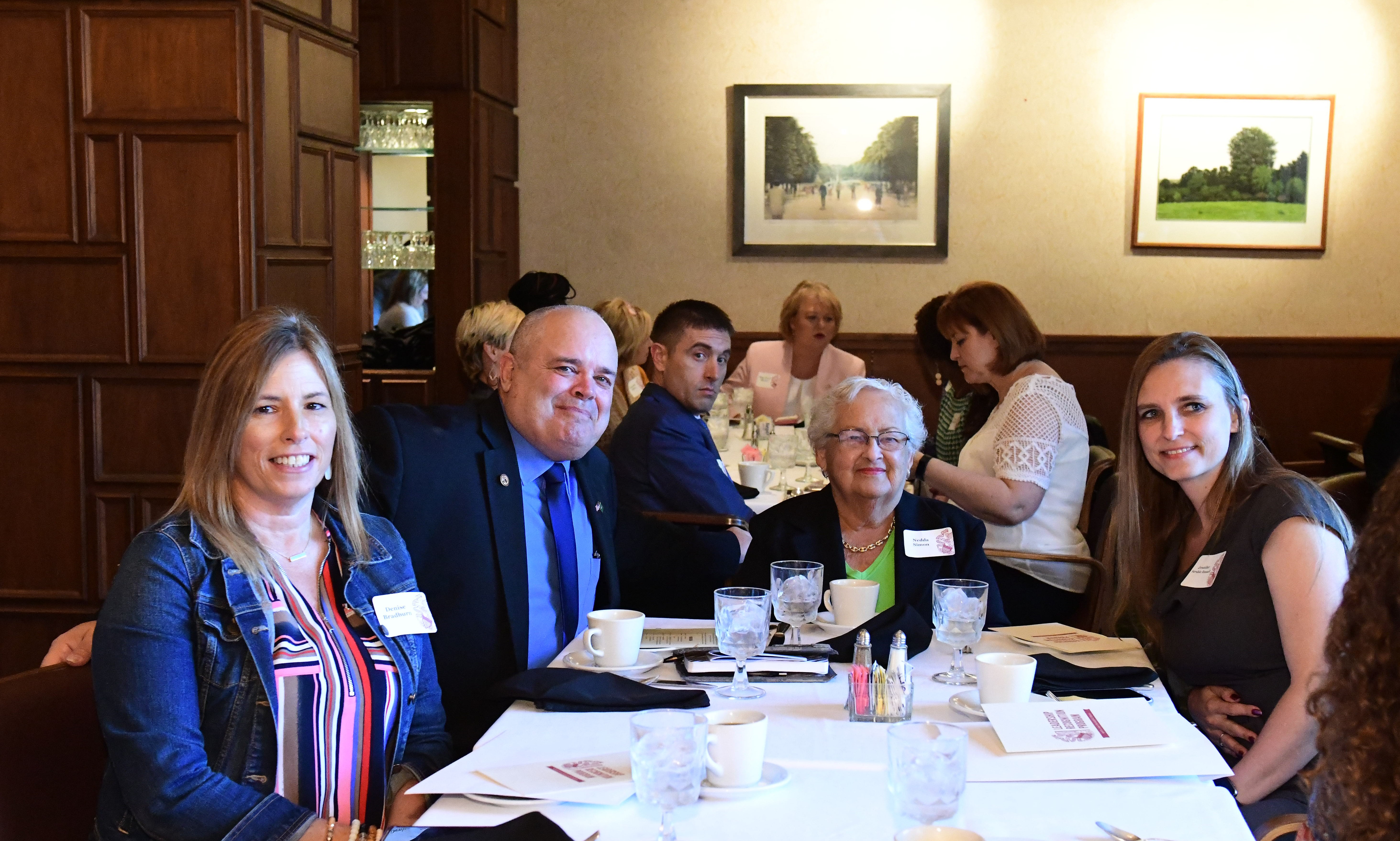 State Representative Dan Swanson welcomed area leaders Nedda Simon, Denise Bradburn and Jennifer Russell to Springfield on Tuesday for a women’s brunch that honored the contributions of emerging female leaders from throughout the state.

“The purpose-driven lives exemplified by the women in this room are awe inspiring,” Rep. Swanson said about the recognition brunch.  “We all have a tendency to get frustrated about Illinois’ direction, but it’s energizing to hear from so many who are working hard to change that narrative.”

Three honorees from Rep. Swanson’s district were part of a group of about 40 emerging female leaders who are each taking bold steps to make Illinois a better place to live and work.  In addition to the recognition brunch, the group participated in a discussion about what issues are important for Illinois women and how the General Assembly can help create policies that reflect their priorities.  The 74th District honorees included:

Nedda Simon is an Emeritus Board Member and Founder of Freedom House in Princeton, an organization offering a safe haven for all women and their dependents while providing top-notch domestic violence and sexual assault services to our region.

Denise Bradburn is the Executive Director of Discovery Depot Children’s Museum in Galesburg.  Discovery Depot is a community-supported museum offering engaging, educational programming to children and families throughout the year.

“It’s my privilege to nominate and recognize these outstanding leaders in our region,” said Rep. Dan Swanson.  “This luncheon was designed to bring together these exemplary women leaders and learn about their priorities, feedback and hopes for Illinois’ future.”

After the brunch and discussion group, the leaders were able to watch a portion of Tuesday’s legislative session from the House Gallery, where they were introduced and further honored by House Republican Leader Jim Durkin.  The group finished the day with a tour of the State Capitol.