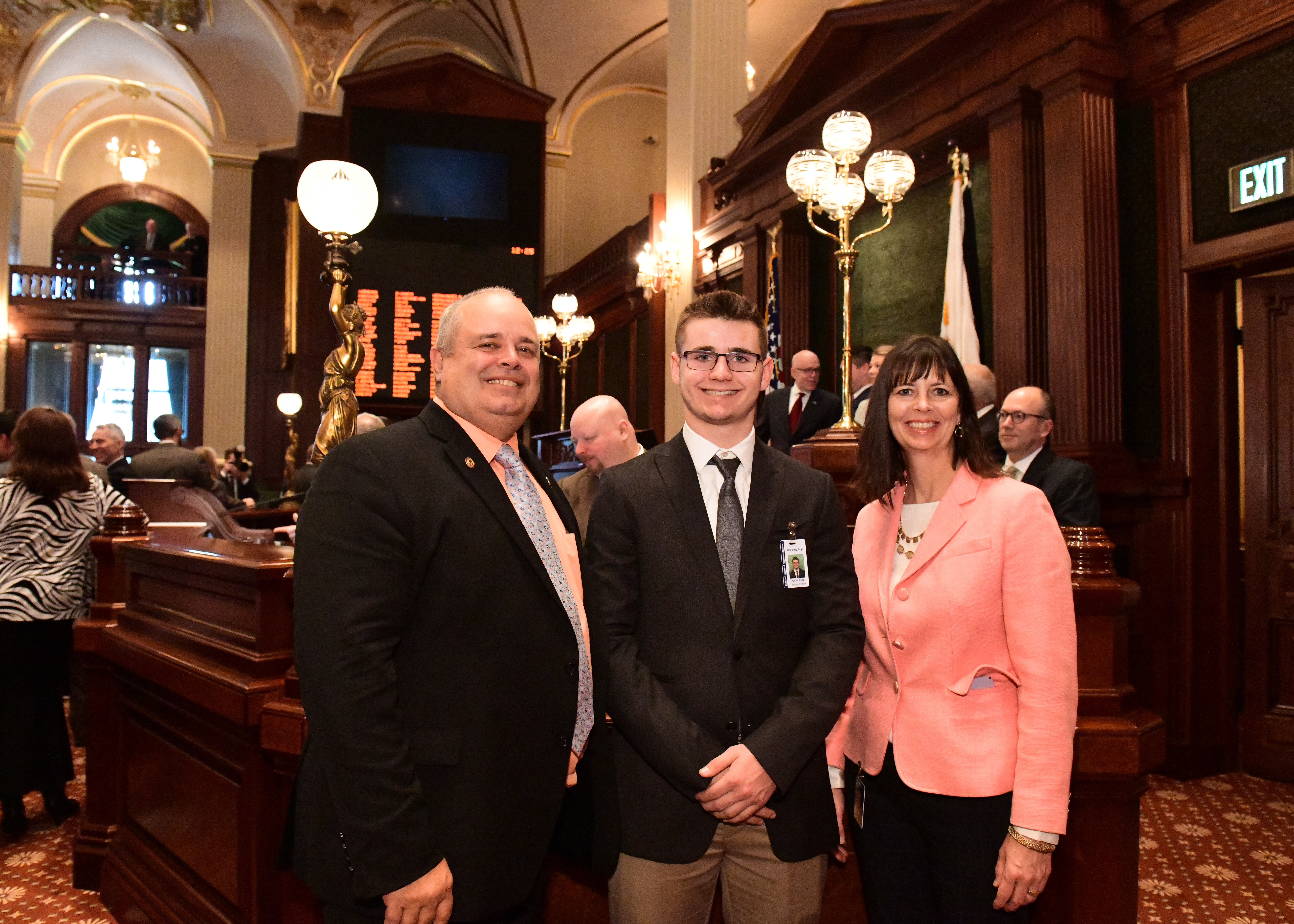 Austin, the son of Blake and Angela Reed, is a Senior at Cambridge High School where he is active with FFA, Student Council, Football and Track and is a member of National Honor Society and J.K.B. Leadership Group.  Additionally, Austin is a member of 4-H, is a Henry County Beef & Pork Ambassador and is a member of Saint John Vianney Catholic Church.  He plans to further his education at Oklahoma State in the Fall to study Animal Science.

“Austin represented his family and community well and made a great impression on my colleagues in the Illinois House,” said Rep. Swanson.  “Austin is an exceptional young man and I am honored to have hosted him as an Honorary Page.”