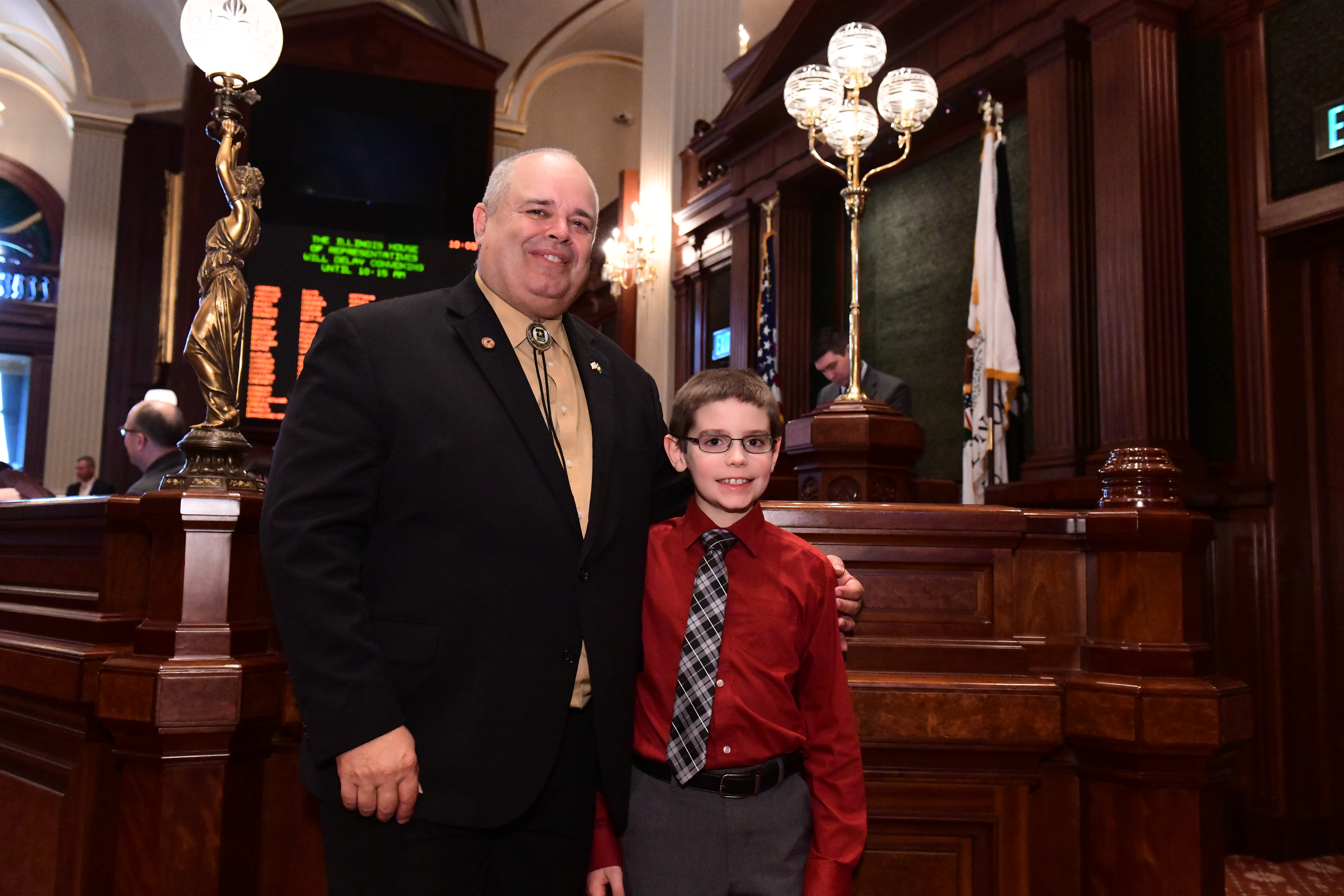 State Representative Dan Swanson hosted Aledo student, Joshua Struble, as an Honorary Page in the Illinois House on Friday, May 25, 2019.

Joshua, the son of Aaron and Melissa Struble, is homeschooled with Alpha Omega Academy.  He is going into Sixth Grade.  He is active with Wrestling, Art and plays the guitar as well as being a member of 4-H.  He was a sectional qualifier in Wrestling.  10 -year-old Joshua was joined in Springfield by his parents and his sister, Abbi, and brother, Luke.

“Joshua is an exceptional young man with a bright future, and I am honored to have hosted him as an Honorary Page,” said Rep. Swanson.  “Joshua represented his family and community well and made a great impression on my colleagues in the Illinois House.”