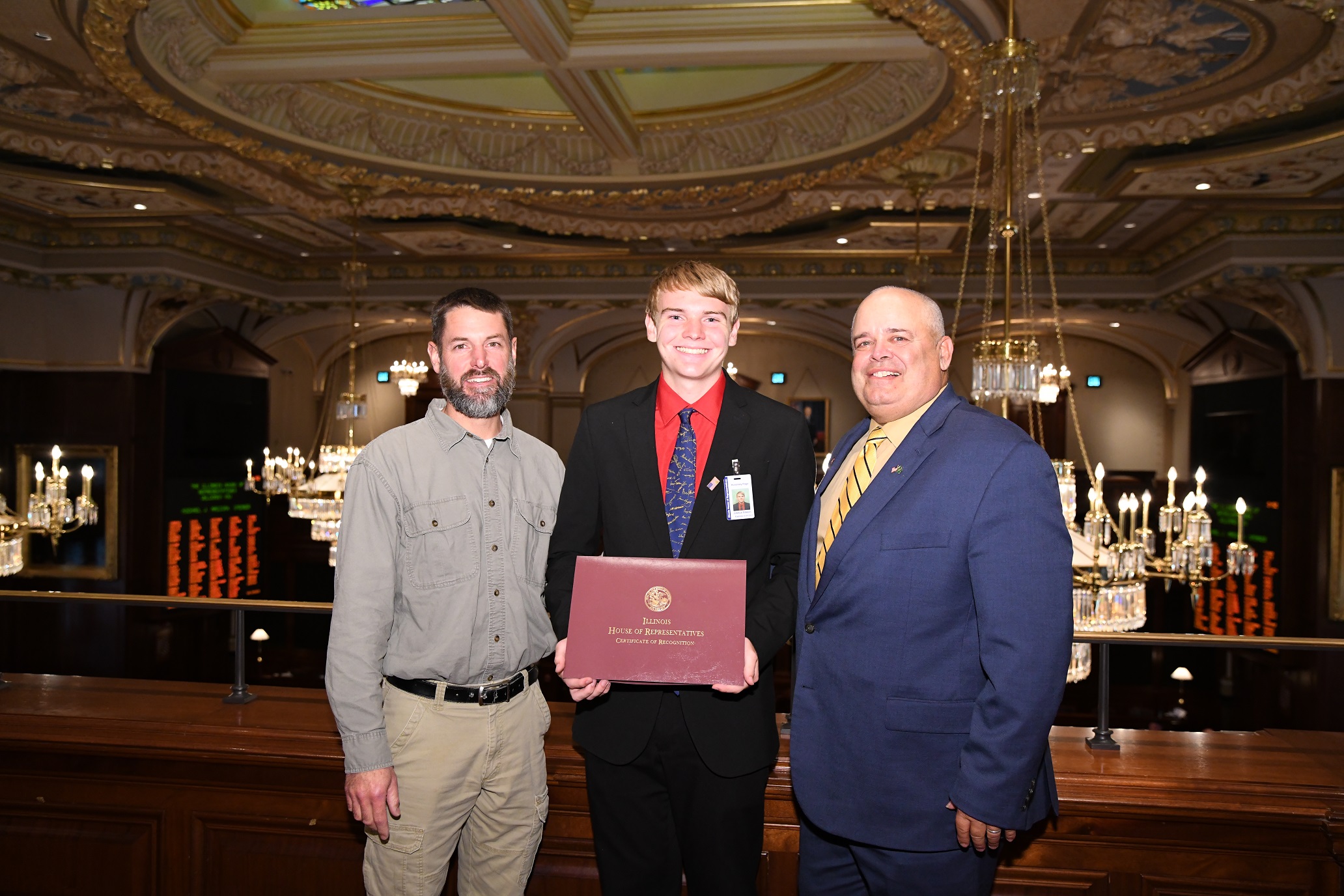 Joshua is a Senior at Sherrard High School.  He is active with Cross Country, Marching Band, Symphonic Band, Jazz Band, Pep Band, Theater, Track & Field, Fellowship of Christian Athletes, Scholastic Bowl (Captain), and National Honor Society where he served as Veteran’s Affairs Officer.  He is also an Illinois State Scholar, an Eagle Scout (Order of the Arrow Brotherhood member) and a member of Viola United Methodist Church.  Following graduation, he plans to attend Georgetown University where he plans to study History & Political Science.  Joshua was accompanied by his father, Charles Gibson.

“Joshua is an exceptional young man with a bright future, and I am honored to have hosted him as an Honorary Page,” said Rep. Swanson.  “Joshua represented his family and community well and made a great impression on my colleagues in the Illinois House.”