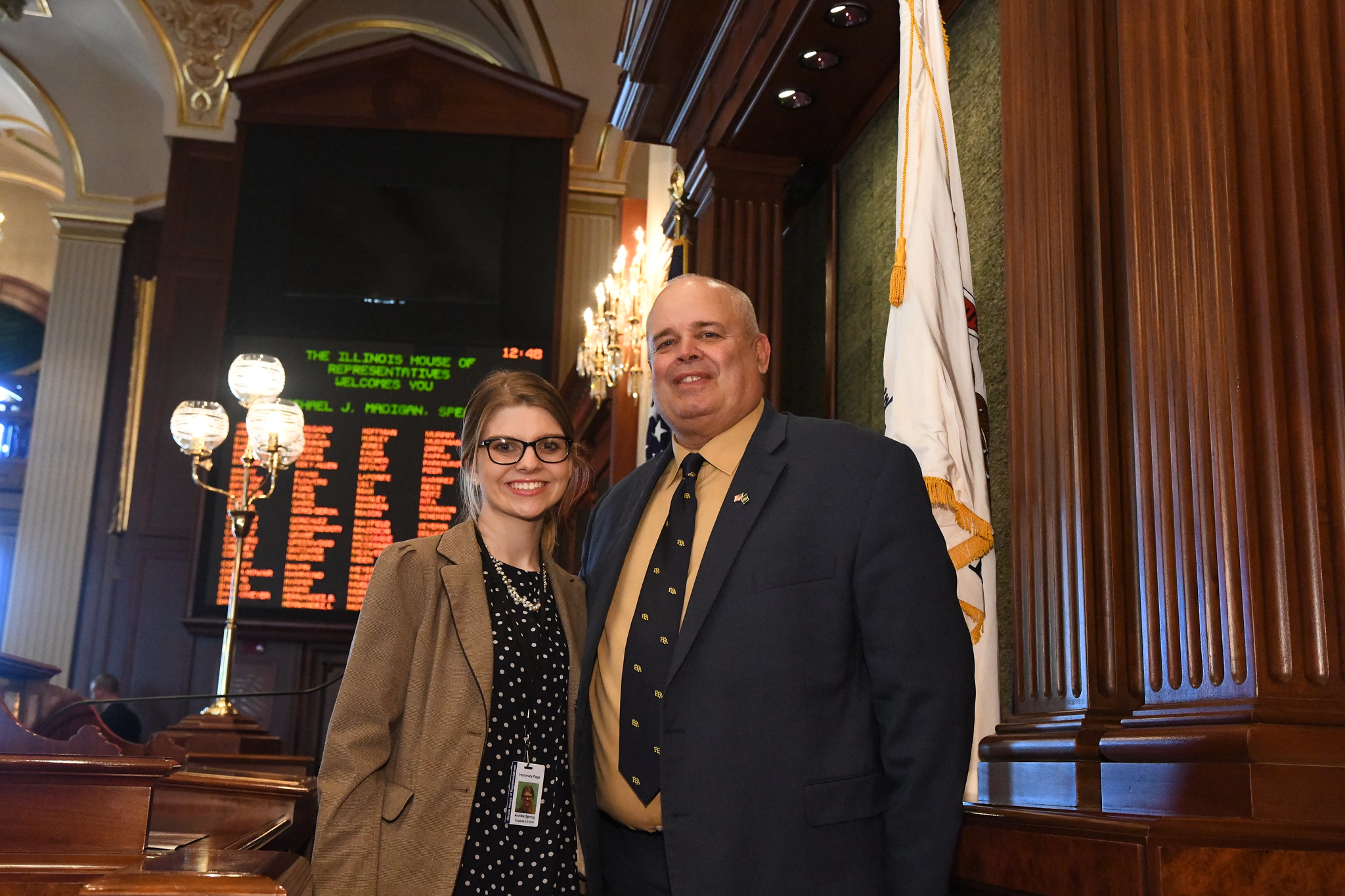 Annika is a Senior at Galesburg High School.  She is active with Student Council, FFA, welding.  She is also active in 4-H, where she excels at livestock showing and judging of cattle, pigs and sheep.  Following graduation, she plans to attend Carl Sandburg College where she plans to get a welding certificate prior to nursing school.

“Annika is an exceptional young woman with a bright future, and I am honored to have hosted her as an Honorary Page,” said Rep. Swanson.  “Annika represented her family and community well and made a great impression on my colleagues in the Illinois House.  Many were keenly interested in asking her how she got involved with welding.  She earned many fans during her time with us.”