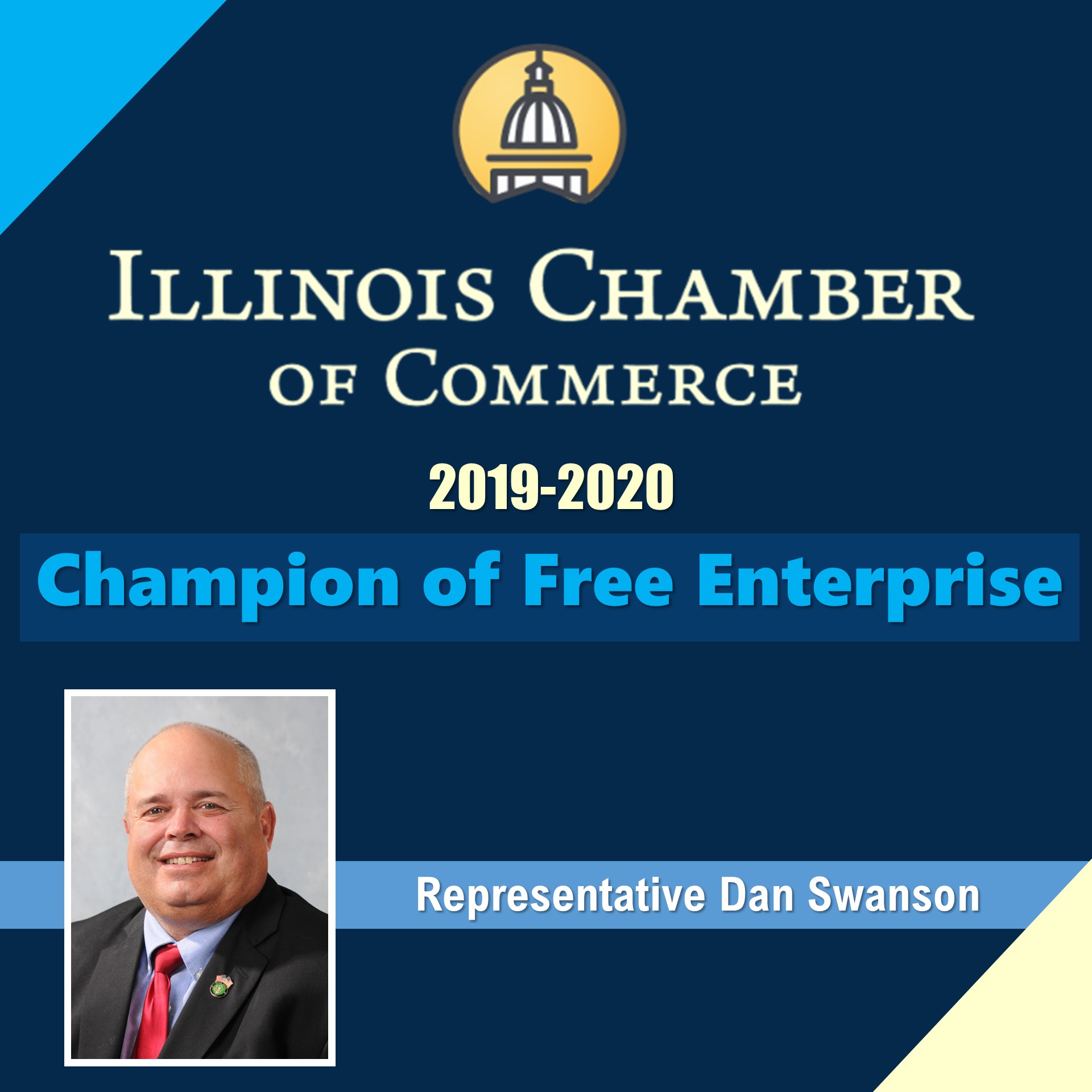 Illinois State Representative Dan Swanson has been named a Champion of Free Enterprise, an award given by the Illinois Chamber of Commerce to legislators who have made special contributions to the defense of free enterprise, and the furtherance of economic opportunities for Illinoisans.

“With perennial attacks on policies that create jobs, I am proud to be recognized as a legislator focused on building economic security for Illinois residents and protecting West Central Illinois taxpayers,” said Swanson.

The Champion of Free Enterprise Awards are given biennially to members with Illinois Chamber ratings averaging 85 percent or higher over the previous two General Assemblies who have demonstrated their commitment to legislation that frees the entrepreneurial spirit.

“As both a veteran, fifth generation farmer and legislator, Rep. Swanson continues to recommit to his community,” said Illinois Chamber President and CEO Todd Maisch. “He understands how vital bringing job opportunities and employers back to Illinois and takes the hard votes to encourage economic growth. He is constant friend to the business community as a whole and we are proud to honor his achievements with this award.”

The votes in the Senate and House are selected based on their impact on the business community. None of the bills used in the report are weighted, as there were an adequate number of bills voted on during this General Assembly.

“It is our job to educate our members on the record of their representatives and hold them accountable for it,” said Illinois Chamber Vice President of Government Affairs Clark Kaericher. “We believe the Chamber’s legislative ratings are an effective tool in determining that accountability and commitment to economic growth.”