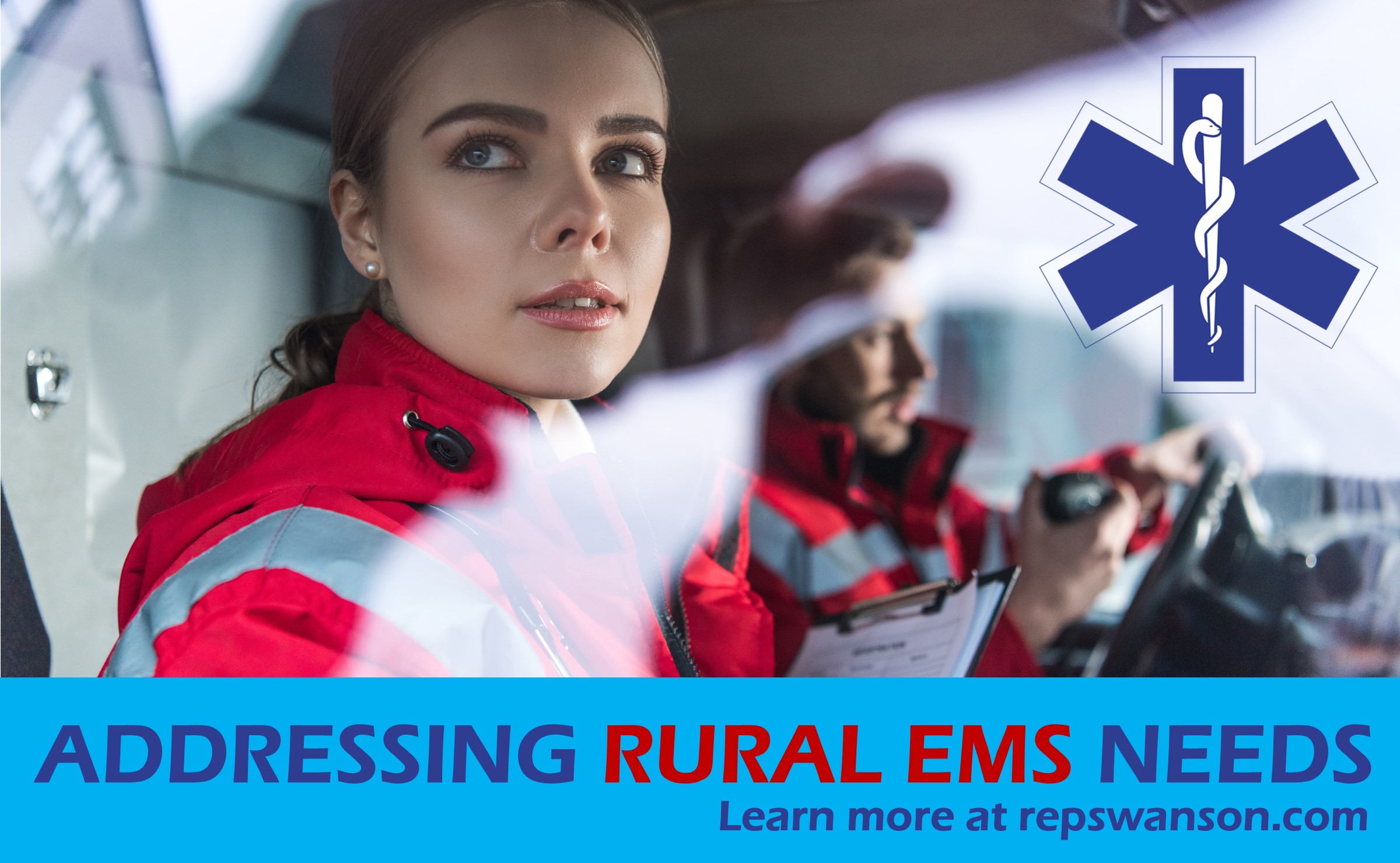 “Our rural areas often struggle with finding volunteer EMTs but may have several people in their community capable of serving in this capacity if we allow for this efficiency,” said Rep. Swanson. “Once passed, it is expected this will help boost recruitment efforts for volunteer EMS agencies in Illinois. The idea for this legislation was brought to my attention by Chief Jack Johnson of the Dahinda/Oak Run Fire District and Chief Jeff Bryant of the Amboy/Amboy Fire Protection District, as both were recently approached by community members hoping to join their volunteer ambulance services with specialized training.”

House Bill 2864 previously received unanimous approval in the Health Care Licenses Committee before receiving bipartisan, unanimous support when the bill came before the full Illinois House on April 22nd. The bill now moves on the State Senate, where Senator Neil Anderson has taken on Chief Sponsorship to shepherd the bill through the second chamber before the bill can go to the Governor.

“Our rural areas have special needs that require some flexibility. I am thankful my colleagues worked with me across the aisle to ensure we provide the best care possible to rural residents of our state,” concluded Swanson.