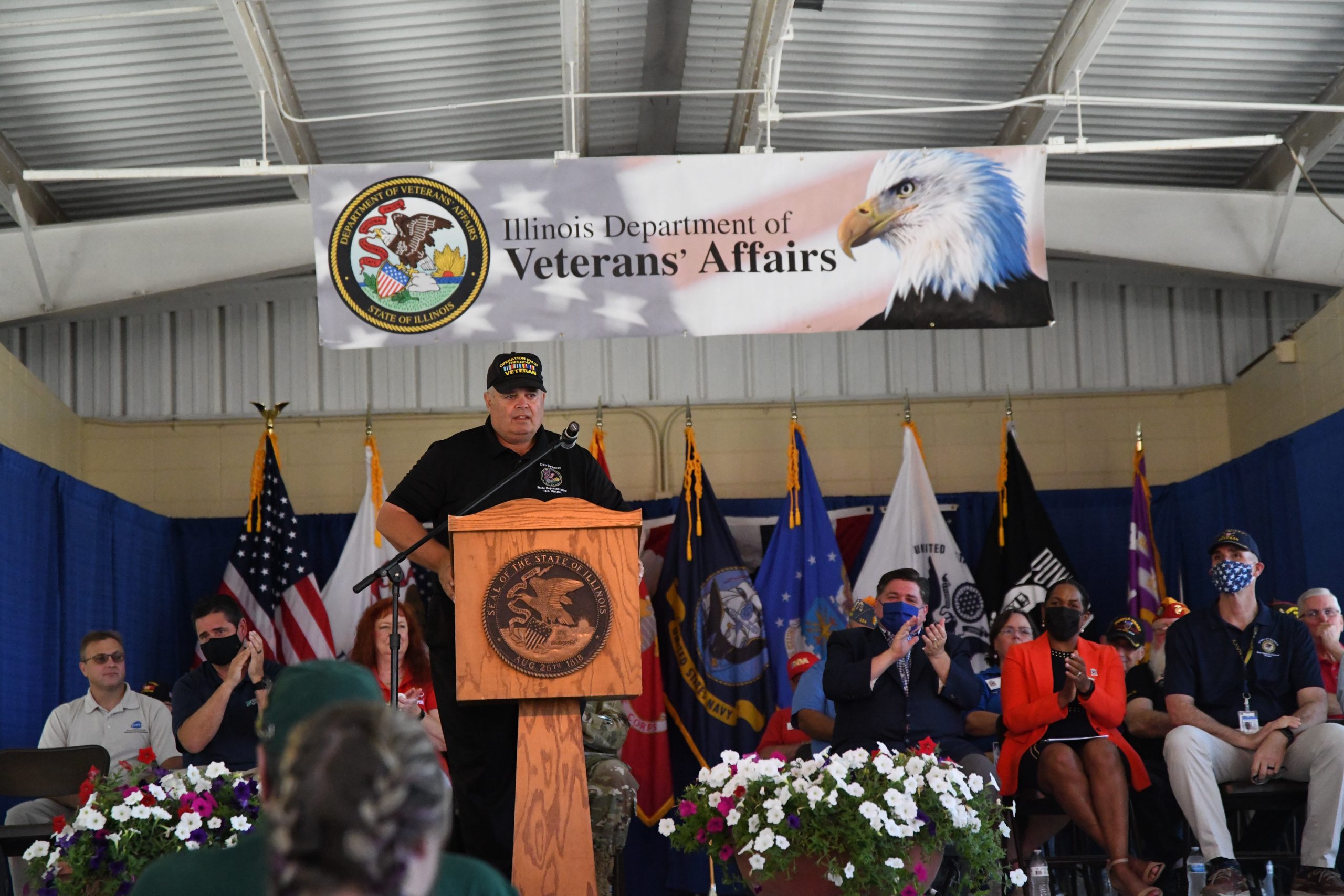 Flanked by dignitaries including Governor JB Pritzker, Lt. Governor Julianna Stratton, Illinois Department of Veterans Affairs (IDVA) Director Terry Prince, and Illinois Department of Agriculture Director Jerry Costello, Jr., Rep. Swanson encouraged veterans to get to know one another to form “battle buddy” friendships which could save a life from the tragedy of veteran suicide.

As a veteran himself, Swanson is a passionate advocate for the proper care for our heroes.  As Minority Spokesperson of the House Veterans committee, he led the charge to ensure our veterans are cared for and safe at our Illinois managed Veteran homes and has worked for answers to questions posed by their families over the past year.

Swanson spoke on Sunday about veterans helping veterans, encouraged signing up for federal and state benefit programs and shared several stories about veterans he assisted while serving as Director of the Henry County Veterans Assistance Commission and the heartfelt impact they had on his public service.