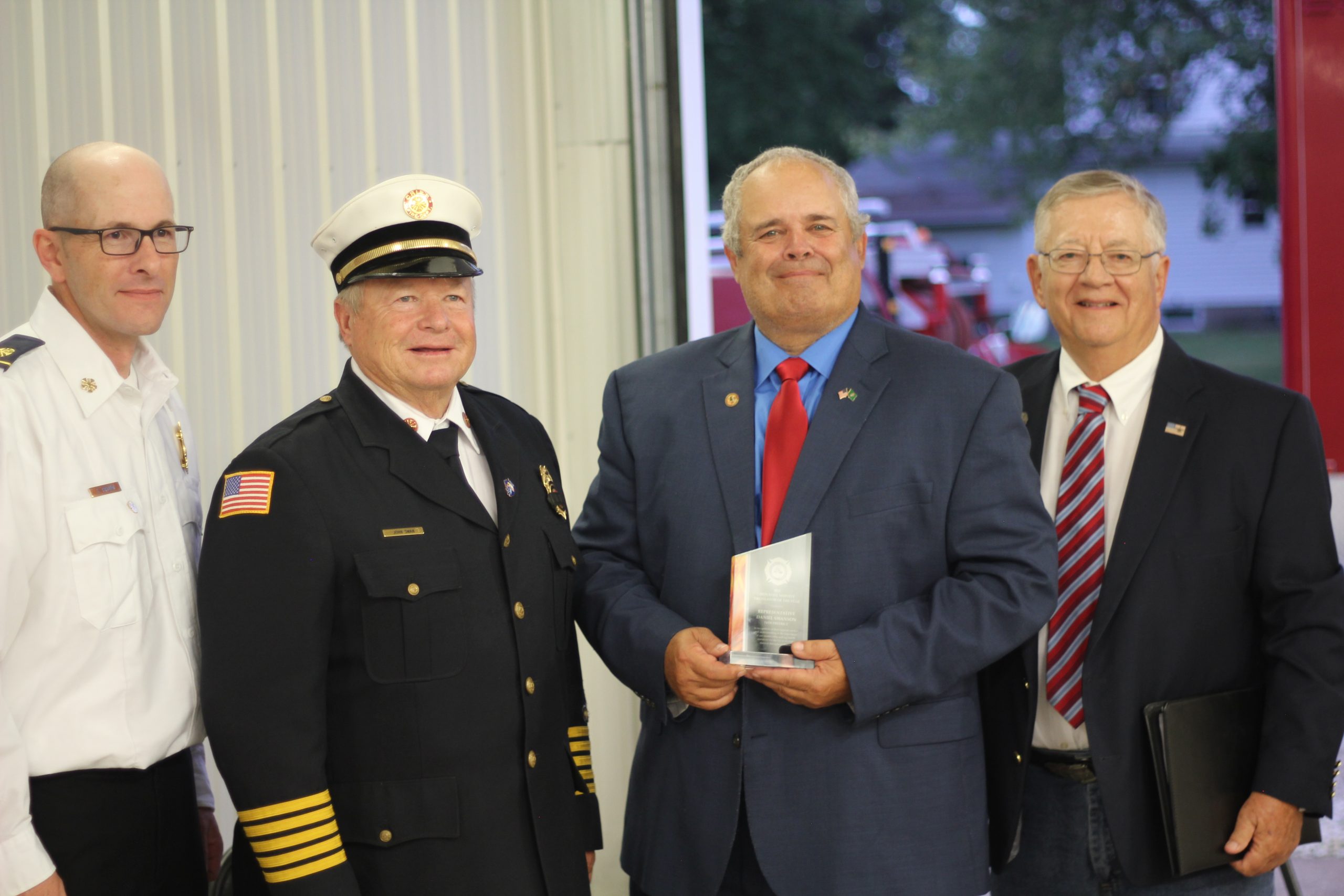 State Representative Dan Swanson was honored by the Illinois Association of Fire Protection Districts (IAFPD) in presenting Swanson their IAFPD 2021 Don L. Moffitt Legislator of the Year Award, named after and presented by Rep. Swanson’s predecessor in the 74th House District which Swanson now serves.

“Representative Swanson has been a strong advocate for the fire service while serving in the Illinois House,” said Illinois Association of Fire Protection Districts (IAFPD) President Mike Dillon. “We are honored to present him this award named in honor of the work of his predecessor. Rep. Swanson had big shoes to fill and he has shown a strong dedication to continuing the great work of his predecessor and our member, former Representative Don Moffitt.”

Swanson was awarded the recognition for Rep. Swanson’s accessibility and cooperation with IAFPD legislative staff, his leadership within the Fire Caucus, and serving as lead sponsor on legislation important to IAFPD.

“I am humbled to be honored by these hard-working fire protection professionals.  I share in this award with all of our outstanding firefighters who are focused on saving lives and property as well as improving training, programming, and collaboration for firefighters in Illinois,” said Swanson.

“Rep. Swanson has shown unwavering support to the fire service here in Illinois,” said Sen. Anderson, who also serves as a professional firefighter/paramedic, in his letter read by Chief Brown on Sunday evening. “I know when there is an issue or needed policy change to help our fire departments, Dan is the person in the House that I can count on as a partner to get legislation done. I can think of no one more deserving than you, my friend,” Senator Anderson concluded.

The Illinois Association of Fire Protection Districts (IAFPD) represents 640 fire districts throughout the State of Illinois. IAFPD advocates for the interests of the members they represent when legislation is proposed and being considered in the Illinois General Assembly.

74th District residents can learn more about Rep. Swanson’s work in Springfield at his legislative website at repswanson.com.