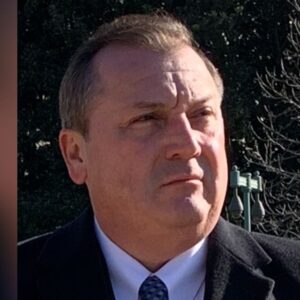 From Nicaragua to Illinois “The American Dream” Still Alive

State Representative Dan Swanson (R-Alpha) passed House Resolution 696 to recognize the profound influence of Galesburg resident Rafael A. Estrada who fled at age 12 with his family the violent civil war in Nicaragua in 1979. Founder and president of the Free and Fair Foundation / Nicaraguans for Security and Prosperity Foundation, Mr. Estrada fights for democracy, free and fair elections and exposes human rights abuses throughout his native country, Venezuela and Cuba.

“Mr. Rafael Estrada is a great example of what the American Dream can be with hard work and determination,” commented Rep. Dan Swanson. “We are fortunate to have Mr. Estrada make his home right here in Galesburg, Illinois to pursue his freedom and help others around the world.”

Mr. Estrada meets regularly with members of Congress and governmental officials regarding human rights abuses and his foundation provides aid to Nicaraguan refugees in several countries including Costa Rica, Panama, and Spain. His foundation also sponsors medical attention and medicine for former political prisoners who have suffered torture while in custody and has provided assistance to independent journalists and other exiles who have fled persecution. Mr. Estrada has testified before the U.S. Congress at the Tom Lantos Human Rights Commission to bring light to the human rights abuses where he was introduced by key committee member, Rep. Darin LaHood of Illinois.

Rafael Estrada graduated from Augustana College in Rock Island with a Bachelor of Arts in Political Science/International Relations and from North Park University in Chicago with a Master of Business Administration. While at Augustana, he met his dear and devoted spouse, Amy Bailie Estrada and together, they have four wonderful children.

Rafael Estrada has built a successful national and international business career in finance, real estate, and business management. Rafael Estrada gives to his local community in numerous ways, including in service to the Knox County Sheriff’s Auxiliary Police, rising through the ranks of sergeant, lieutenant, and chief during his volunteer tenure.

Rafael Estrada’s Foundation is based in Illinois with remote offices in Texas, Costa Rica, and Spain and his foundation provides critical supplies, support, and safety for people oppressed by the Ortega regime inside Nicaragua and for refugees who fled under threats of death, torture, and imprisonment. It also provides help to widows, widowers, and family members of those killed for their opposition to the government.

“Rafael Estrada and his foundation aid those persecuted for their religious beliefs, for their political positions, and for being members of the media exposing corruption and violence against Nicaraguan citizens,” added Rep. Swanson. “I say thank you to Rafael Estrada for all of your good work on behalf of freedom, democracy, and decency here and around the world.”