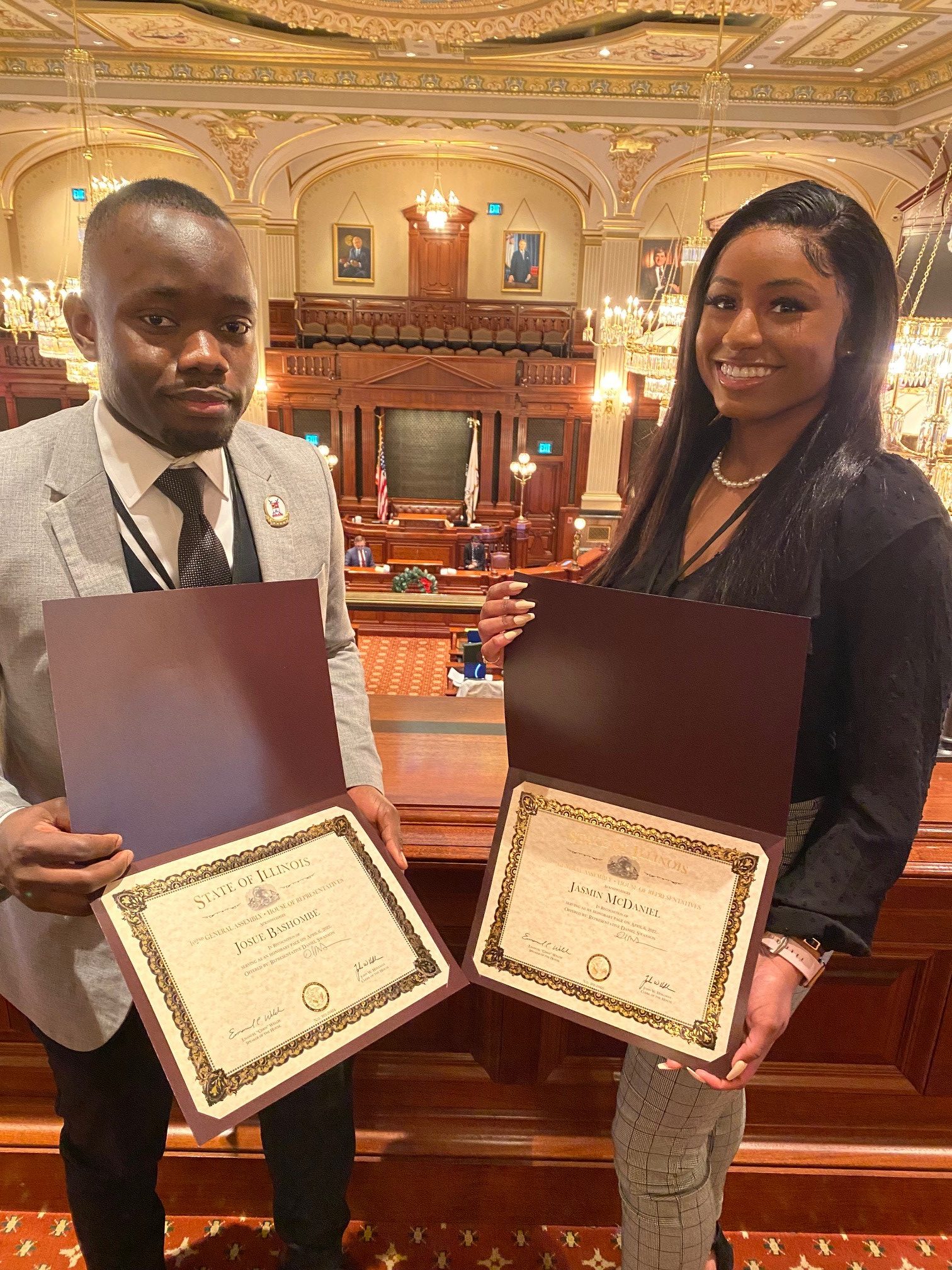 SPRINGFIELD – State Rep. Dan Swanson (R-Alpha) welcomed two pages for a day to the Illinois House earlier this week. Rep. Swanson rose on the House floor to detail the successful educational and civic accomplishments and contributions of Josue R. Bashomb and Jasmin McDaniel.

“Josue Bashomb is from the Congo, and has made an incredible impact since arriving in Galesburg. Josue is a student worker for the Diversity and Inclusion office at Carl Sandburg College, a member of the Black Student Association, volunteers with United Way, the Illinois Department of Public Health, the Galesburg City Council, the Annual Kiwanis “Shop with the Kids,” and the WGIL FM Community Food Drive. Josue is an honor student, most recently achieving a 3.77 GPA for the Fall 2021 semester making the Dean’s List.”

“Jasmin McDaniel is a Freshman at Carl Sandburg College, a member of the volleyball team and an intern and student worker for the Marketing and Public Relations Office. Jasmin has been active in coaching community youth volleyball, and has volunteered for Camp Kirk, and Christ Lutheran School’s volleyball camp last summer. Jasmin earned a 4.0 GPA in her first semester at the college while also working a part time job. She’s studying pre-med in sports medicine and physical therapy.”

“I continue to be impressed by the students that are making their way through school at Carl Sandburg College and am thankful for the positive contributions they are making to the Galesburg community. I am proud to have welcomed these fine students to their Capitol,” Swanson said.