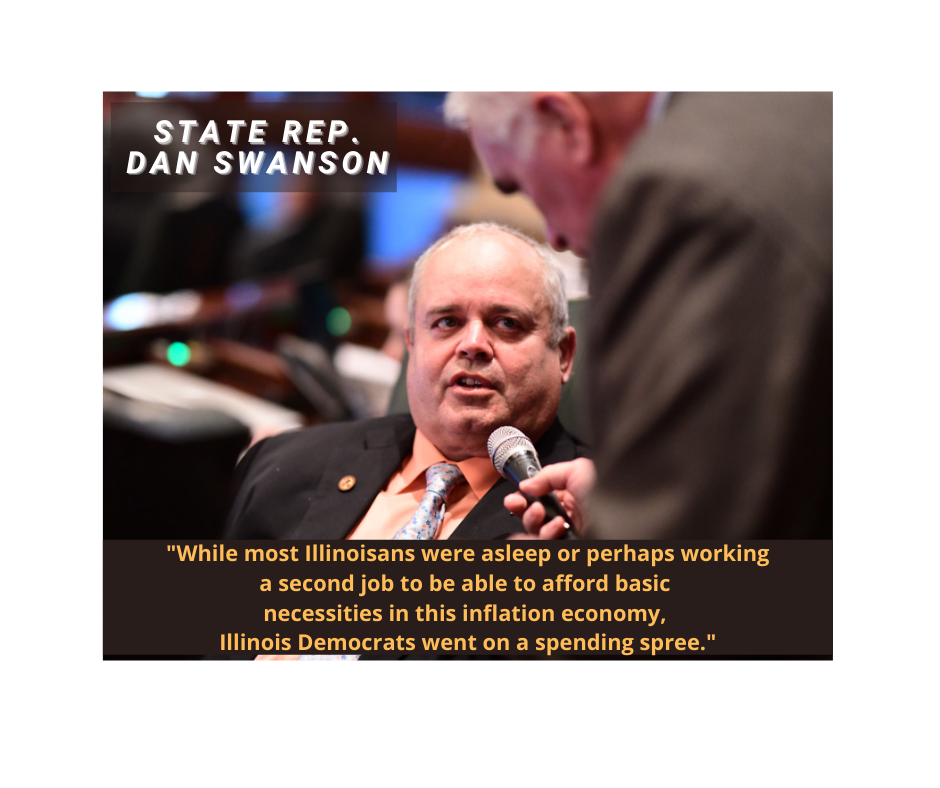 SPRINGFIELD – State Rep. Dan Swanson (R-Alpha) cast a no vote on a Democrats-only spending plan that passed the Illinois General Assembly during an all-night final day of Session. Swanson says his opposition to the spending plan arose from Democrats’ refusal to work with Republicans to cut pork spending, pay long-term debt, and cut politician pay raises from the budget.

“While most Illinoisans were asleep or perhaps working a second job to be able to afford basic necessities in this inflation economy, Illinois Democrats went on a spending spree,” Swanson said. “I could not vote to leverage our future financial stability on a budget that contains $1 billion dollars in pet projects for Democrats, pay raises for politicians, and a huge debt left in the unemployment insurance fund.”

“The process must change to provide the taxpayers of Illinois the courtesy of real transparency,” Swanson said. “A budget that’s dropped at 5:00 AM on the last day of Session containing thousands of pages with billions in spending, given as a ‘take-it-or-leave-it’ proposition is not the best we can do. I could not for this kind of spending with so little time to read and review the details, and I think it is very irresponsible for Democrat politicians to go along with this process and the flawed product it eventually produced.”