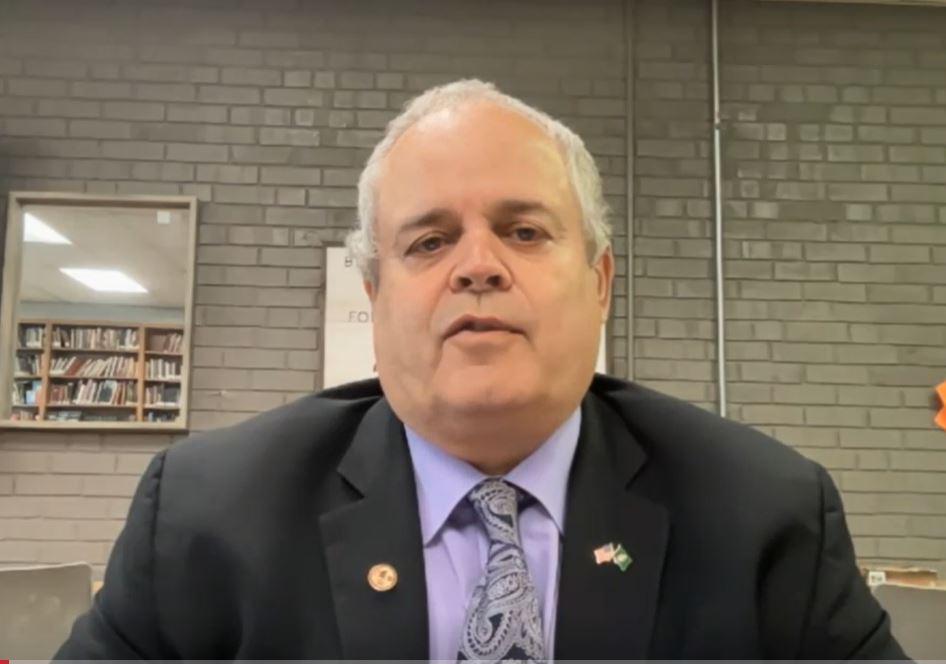 This morning, State Representative Dan Swanson (R-Alpha) held a press conference on the Auditor General (AG) performance audit report that concludes Governor Pritzker and his administration did not do everything they could to prevent the spread of the Covid-19 virus and prevent the 36 deaths at the LaSalle Veterans’ Home. Joined by State Representatives David Welter (R-Morris), Mark Luft (R-Pekin) and Randy Frese (R-Quincy), Rep. Swanson called on Gov. Pritzker to own up to his failure of leadership where nearly one-third of the residents died.

“This report confirmed what we have known for over a year and that is that the Governor and his administration did not take the health and safety of our own Illinois heroes seriously which resulted in 36 deaths,” declared Rep. Dan Swanson, himself a veteran and the ranking Republican on the Veterans Affairs Committee. “At the very least, the Governor owes an apology to their families and all veterans for his failure.”

A retired Lieutenant Colonel with the Illinois Army National Guard, and the Republican Spokesperson for the Veterans Committee, Rep. Swanson pointed out that our military personnel deserve nothing less than our gratitude, thanks and competent care when they come home from service to our nation. In this case, that included at the very least, following agency prescribed protocols for monitoring, isolation, testing, and timely treatment to defend against a fast spreading disease, illness and death.

“The Auditor General’s report determined that the Illinois Department of Public Health did not identify and respond to the seriousness of the outbreak in nearly enough time with nearly enough expertise to take actual steps to stem the tide of the outbreak,” added Rep. Swanson. “On January 18, 2019, Governor Pritzker issued an executive order (2019-04 EXECUTIVE ORDER STRENGTHENING OUR COMMITMENT TO ILLINOIS VETERANS AND THEIR FAMILIES) promising to protect veterans, but between November 7, 2020 and January 1, 2021, nearly two years later, 36 residents at the LaSalle Veterans’ Home died. Their families trusted Governor Pritzker and his administration to care for their veteran, but they were let down by this Governor and his poor administration.”

The full report can be found HERE.