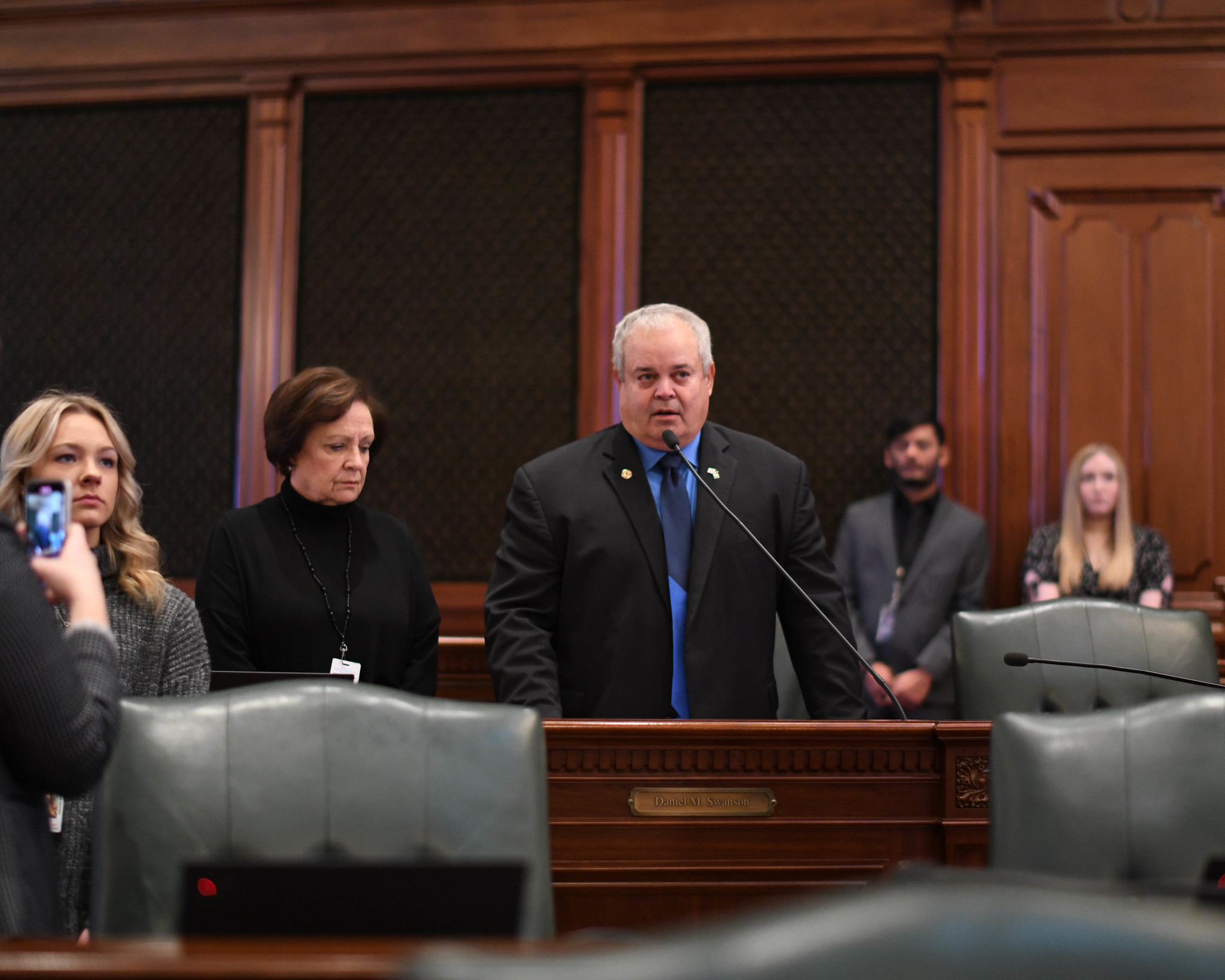 The Illinois House of Representatives today presented a resolution to name a portion of Illinois Route 150 after the late Knox County Sheriff’s Deputy Nicholas Weist, who died April 29 after he was struck by a car driven by a fleeing crime suspect. Weist was the Knox County Trustee for the Fraternal Order of Police (FOP) Spoon River Valley Lodge 427 at the time of his death.

“We name things after heroes in this nation, and there’s no greater hero than Nick Weist, who died protecting his fellow citizens,” Rep. Swanson said. “I am humbled and honored that my fellow representatives from both sides of the aisle joined me in recognizing Nick’s selfless sacrifice.”

“The Nick Weist Memorial Highway will be a constant reminder that there are still great people among us who lay down their lives for others,” Sen. Anderson said. “Nick’s courage will forever inspire all who travel through Knox County, the area Nick knew, loved and protected.”

“Nick’s loss devastated all of us who knew him, but this designation will always remind us not only of his bravery and dedication, but also his sense of humor and love for his family,” Knox County Sheriff David Clague said. “Nick will always live on in our memories, and I join my fellow Knox County officers in saying we were proud to be his colleagues and friends.”

FOP Spoon River Valley Lodge 427 President Donald “Ike” Hackett was a personal friend of Weist and together they were part of the team that formed Lodge 427.

“Nick frequently patrolled and traveled the stretch of highway that now bears his name, and I think that somewhere now he’s smiling that we’re making such a fuss about him,” Hackett said. “Many of his friends and colleagues would give anything to share just one more ride with him on that road, and now when we see his name we’ll fondly remember the Nick we knew and loved.”