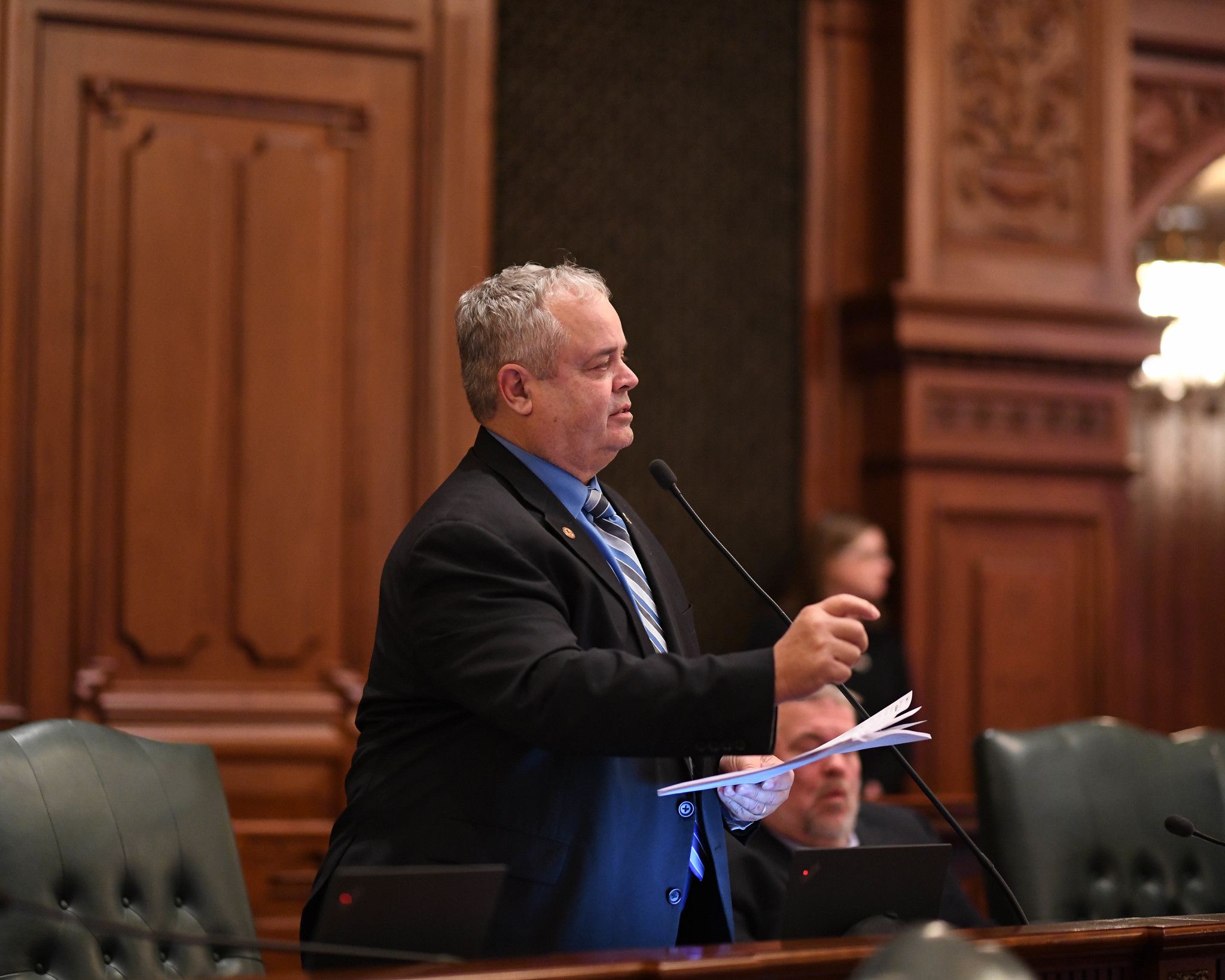 State Representative Dan Swanson is calling the gun ban bill which passed in Springfield both “unconstitutional” and “bad for Illinois manufacturing.”

The bill (Senate Bill 2226, House Floor Amendment #2) was passed by Democrats early Friday morning during the Lame-Duck Session. The bill bans thousands of commonly used firearms and creates a government-managed database of serial numbers of legacy firearms. This requirement means a brand new firearm registration system for legacy firearms legally owned in Illinois, as well as new burdens on law-abiding FOID card holders to “stay law-abiding” through reporting the legacy firearms they own.

“Firearm manufacturers based in the 71st District and throughout Illinois will be pushed out of Illinois by this unconstitutional gun ban,” said Swanson, a retired Lieutenant Colonel with the United States Army and Illinois Army National Guard who was stationed at Rock Island Arsenal. “The Chicago Democrats pushing for this bill know this is an unconstitutional gun grab, as well as, likely, a violation of interstate commerce provisions of the United States Constitution. I was proud to protect the Second Amendment and our Constitutional rights with my NO vote on this gun ban.”

Swanson represents the City of Geneseo, the home of Springfield Armory, as well as several hunting supply stores and firearm dealers throughout the district.  Illinois’ firearm manufacturers create jobs and economic development in our communities. This bill prevents current firearm manufacturers from selling Illinois-made firearms to law-abiding gun owners in our state and is a misguided threat to small businesses that employ hardworking, taxpaying residents.

“Multiple court cases have found gun bans unconstitutional, unworkable and unacceptable in recognizing the Second Amendment Rights of United States citizens,” Swanson said. “I expect this ban will be challenged successfully in the courts should it ever become law, as well. Instead of taking guns away from law-abiding citizens, we need to prosecute and punish criminals who commit crimes with a firearm.  There are no penalty enhancements for the criminals in this bill, but numerous new penalties if an otherwise law-abiding gun owner fails to register legacy firearms.”

More on this and other state issues can be found at Rep. Dan Swanson’s legislative website at repswanson.com.