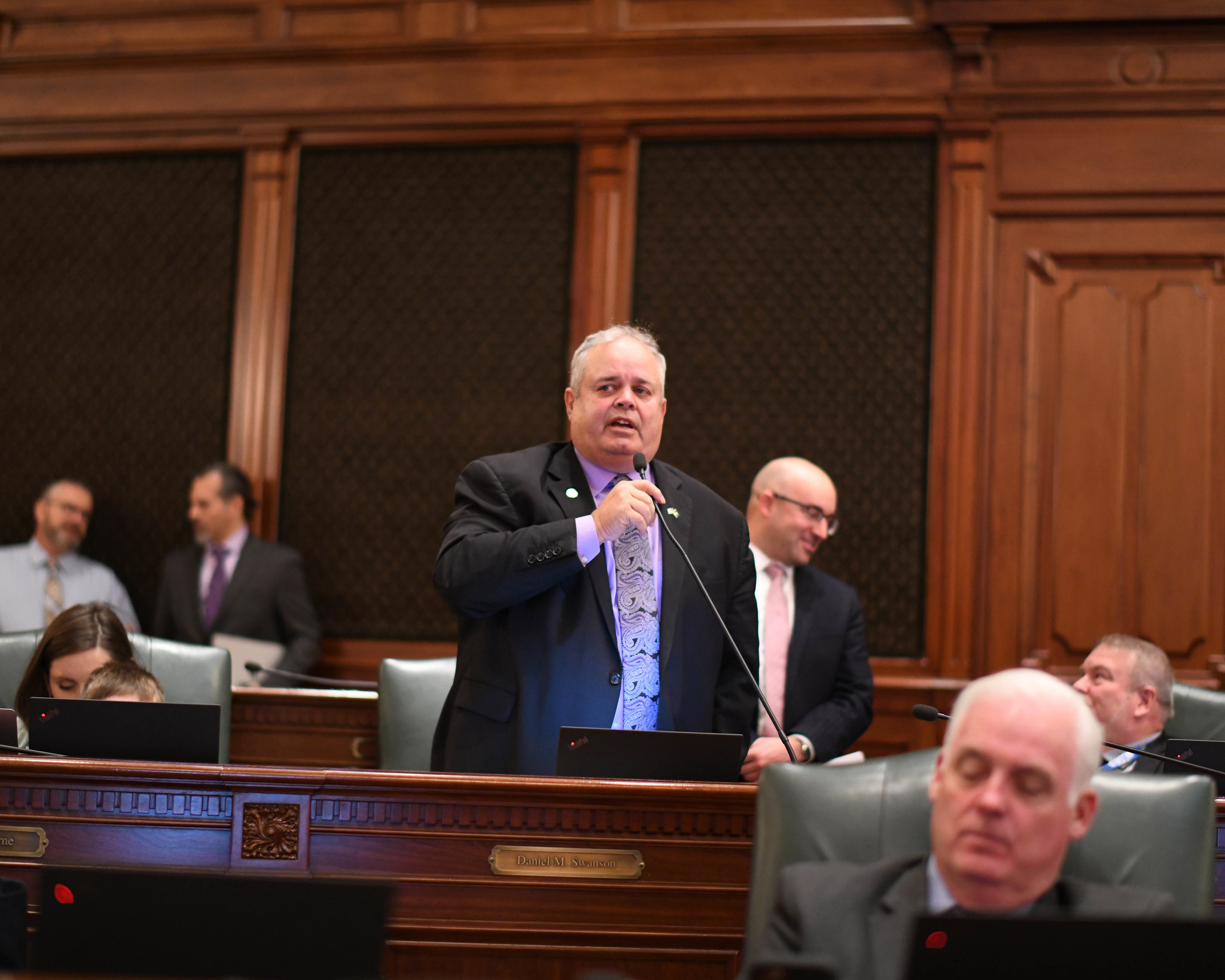 State Representative Dan Swanson was sworn in to his fourth term in the Illinois House of Representatives on Wednesday during the inauguration of the 103rd General Assembly.

“My constituents sent me here to be their voice, protect their rights and defend their freedoms,” said Rep. Swanson. “I have shown an aptitude during my time in Springfield for passing tough legislation benefitting my constituents. I have done so while rejecting a legislative pension, rejecting legislative healthcare benefits, and strongly opposing politician pay hikes.”

Rep. Swanson is a retired Lieutenant Colonel serving in both the Illinois Army National Guard and United States Army. Swanson is a graduate of AlWood Community Schools, Black Hawk East and Western Illinois University. He is actively engaged with the 5th generation Swanson family farm near Andover. Rep. Swanson is married to the former Tammy Snider of Kewanee. They have two adult children, and reside near Alpha.

The House of Representatives of the new 103rd General Assembly is comprised of 78 Democrats and 40 Republicans. Representative Emanuel “Chris” Welch of Cook County was re-elected Speaker of the House for another two-year term. Representative Tony McCombie of Northwest Illinois was elected as the first woman to serve as House Republican Leader.